Liverpool are considering a move for AZ Alkmaar midfielder Teun Koopmeiners as they prepare for life after Georginio Wijnaldum. 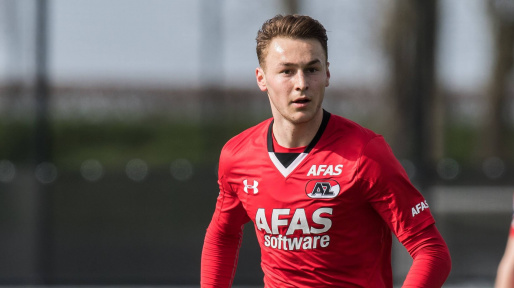 A product of the AZ Alkmaar youth academy, Teun Koopmeiners, 23, progressed through the club’s ranks before making his professional debut for Jong AZ in August 2017. He made his first-team debut for AZ Alkmaar a month later, and at the end of the 2017/18 campaign, the Dutchman had made 26 appearances in the Eredivisie.

Since then, the 23-year-old has gone on to rack up 147 appearances for the Eredivisie side. Koopmeiners has been in sensational form for AZ this season, registering 17 goals and seven assists in 37 appearances across all competitions, despite largely operating as a defensive midfielder. Handed over the captaincy reigns last season, the midfielder’s consistent performances at club level saw him receive his first international cap for the Netherlands in a friendly match against Mexico in 2020.

Georginio Wijnaldum looks certain to end his time at Liverpool after five years.

The central midfielder, 30, is out of contract at the end of the season and him extending his stay at Anfield is looking unlikely at this stage, even though the offer of a new deal remains on the table.

The Netherlands international has been one of the most consistent performers for the Reds under Jurgen Klopp, making 226 appearances across all competitions in which he has supplied with 22 goals and 16 assists. Wijnaldum has played massive roles in helping Liverpool clinch the Champions League and the Premier League in 2018/19 and 2019/20 campaigns respectively.

Given Wijnaldum’s quality, experience and potential free agency status, it is no surprises to see the likes of Barcelona, Chelsea, Juventus and Paris Saint-Germain vying for his signature. And considering how important and influential the Dutchman has been to Liverpool, he’ll certainly need replacing even if Klopp has Fabinho, Thiago Alcantara, Jordan Henderson, Naby Keita, Alex Oxlade-Chamberlain, Xherdan Shaiqiri, Curtis Jones and James Milner as options in midfield.

Teun Koopmeiners could be a brilliant buy for the Reds

Teun Koopmeiners is one of the sought-after players in the Eredivisie, having registered 35 goals and 12 assists in 141 appearances for AZ Alkmaar.

Primarily a defensive midfielder, the Dutchman is equally adept playing in central midfield or at centre-back. In Klopp’s preferred 4-3-3 formation at Liverpool, he can be played in the deeper role or as one of the advanced midfielders, and his knack of shooting from distance and popping up in and near the box to score goals would add a different dimension. The AZ Alkmaar skipper also adds defensive depth and excellent anticipation off the ball, which Oxlade-Chamberlain and Shaqiri lack.

An excellent passer of the ball, the 23-year-old is also good at initiating attacks from the base of midfield. His 85.1% pass success rate in the Eredivisie this season lays more claim to it. (Source: WhoScored) With his immense potential and youthfulness, Koopmeiners could bring in new energy, vigour and life to a Liverpool midfield that seems to lack it at the moment. Moreover, the one-cap Netherlands international could be a smart future investment for the Reds, given Henderson and Milner are in their 30’s.

Having proven himself in the Eredivisie, Koopmeiners is at the right age to take the next big step in his career and a move to Liverpool in the summer would be a smart one.