Manchester United are among a host of clubs interested in signing Bologna midfielder Mattias Svanberg. 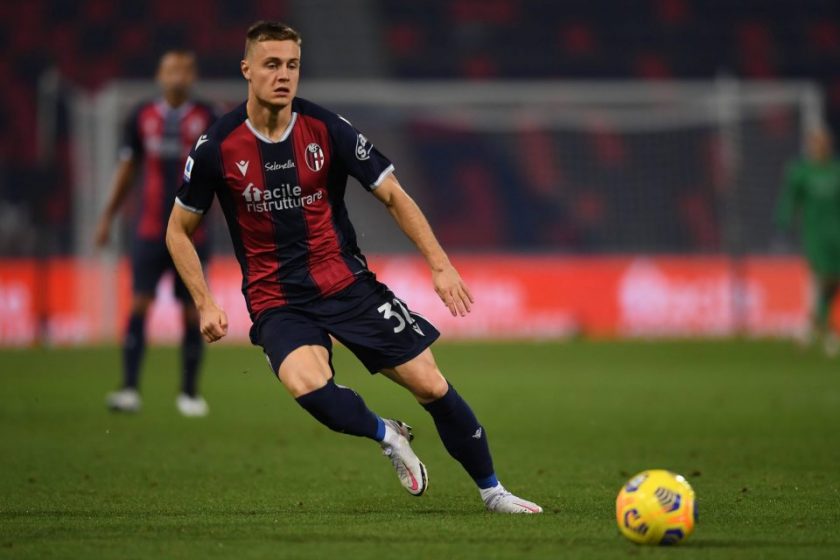 Mattias Svanberg, 23, moved to Bologna from Malmo in 2018 and has since been a prominent figure in the team, racking up 115 appearances, chipping in with nine goals and seven assists. He has been a consistent performer at the heart of Bologna midfield this term as well, making five goal contributions in 28 Serie A outings so far.

However, the Sweden international is out of contract at Bologna in the summer of 2023, which has caught the attention of clubs such as Tottenham, Juventus, Inter Milan, AS Roma and AC Milan ahead of the summer transfer window.

But Manchester United are understood to have scouted Svanberg last month during Bologna’s 1-0 loss to Fiorentina in Serie A. The Red Devils continue to evaluate the central midfielder, with interim boss Ralf Rangnick an admirer of his talents since RB Leipzig days.

Ralf Rangnick will end his tenure as interim manager at the end of the season and move upstairs to take up the consultancy role with the club for the next two years. Manchester United have started their search for a permanent manager to replace the sacked Ole Gunnar Solskjaer, with both Ajax coach Erik Ten Hag and Paris Saint-Germain’s Mauricio Pochettino the frontrunners for the job.

Regardless of who becomes the next manager, the Red Devils are expected to be in the market for a midfielder. Paul Pogba, Juan Mata and Jesse Lingard are all out of contracts in June and are likely to leave as free agents, while Nemanja Matic is past his prime at 33.

Fred and Scott McTominay have not delivered the goods consistently as a pair in the last couple of seasons. Donny Van de Beek’s future at Old Trafford remains in limbo, with the midfielder currently out on loan with Everton.

Despite spending enormous amounts of money to strengthen the midfield unit, Man United have clearly failed to address their problems for some time now. Thus, the club are understood to target a defensive midfielder as well as a central midfielder this summer.

Mattias Svanberg could be an ideal buy for the Red Devils

Mattias Svanberg has been a mainstay in the Bologna side under Sinisa Mihajlovic, starting 25 out of 28 league games this season. A central midfielder by trade, the Swede can play as a no.6 or in an advanced position, and such versatility, coupled with his passing ability, energy, work rate and knack for scoring goals, makes him such a highly-rated talent in Serie A football.

At Man United, Svanberg could come in as a replacement for Pogba and add some balance to the side. At 23, the Bologna star has his best footballing years ahead of him and he may help solve some of the issues in the Man United midfield, whilst adding more depth to help compete across different competitions.

With the Sweden international’s contract up in 2023, the Red Devils must definitely try signing him on a modest fee in the upcoming transfer window.