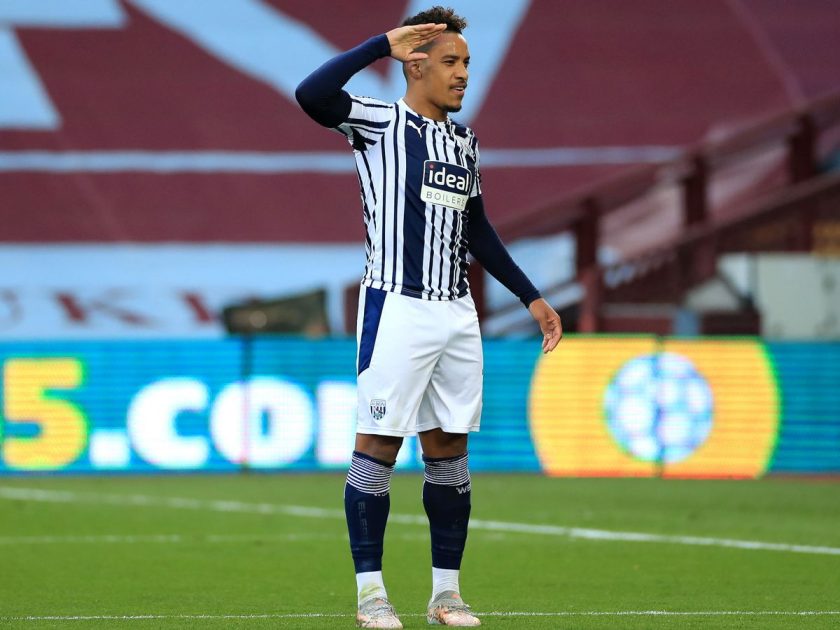 Matheus Pereira, 25, has been the brightest spot in an otherwise underwhelming campaign for West Brom, who saw their relegation from the English top-flight confirmed at the weekend after suffering a 3-1 defeat to Arsenal at the Emirates Stadium.

After scoring eight goals in the Baggies’ Championship campaign last year that ended in the promotion and the club signing him permanently from Sporting Lisbon following an impressive loan spell, he has netted 10 more in the Premier League this term. Despite his best efforts, the Brazilian attacker couldn’t keep the Midlands club afloat in the Premier League, and with West Brom’s Championship status now confirmed, Pereira’s exit from the Hawthorns in the summer is very likely.

Leicester City are currently leading the race for the 25-year-old playmaker’s services, although they are set to face stiff competition from the likes of Leeds United, West Ham and RB Leipzig. It remains to be seen whether Pereira’s contract contains a relegation clause, though the Baggies are expected to seek up to £30m for their standout performer this season.

Coming back to Leicester City, the 2-1 victory over Manchester United at Old Trafford on Tuesday has solidified their chances of finishing in the top four. It’ll be a great achievement for Brendan Rodgers and co. if they manage to secure Champions League football for next season.

Brendan Rodgers has done an excellent job at Leicester City

Brendan Rodgers deserves massive praise for the work he has done at Leicester City in a short span of time. He has made the Foxes’ squad strong and robust in many ways, whilst helping them challenge with the Premier League’s big boys in the last two years. The Northern Irish tactician has a good track record when it comes to developing and promoting young talents in the first team.

In Wesley Fofana, Harvey Barnes, James Maddison, Youri Tielemans, James Justin, Caglar Soyuncu, Luke Thomas and Hamza Choudhary, Leicester City already boast of a plethora of young talents in their first team, and there are several others who are trying to make the transition to the senior level from the academy.

Rodgers has played a key role in helping the aforementioned young talents develop, thus making the King Power Stadium now an attractive place for up and coming prospects in Europe to come and hone their skills.

If Leicester City are to take the next step under Rodgers and challenge for the Premier League title, they’ll definitely need some more quality additions.

The Foxes have been one of the exciting teams to watch in the Premier League this season, but it won’t be a bad idea for them to target a creative midfielder in order to cover and compete with James Maddison, who has been in and out of the team due to drop in form and injury problems.

With Maddison not operating at his best in the recent few weeks, it is imperative to say that Leicester could find themselves short of adequate cover in the no.10 position in case of a major injury to the England international next season. They need more depth in their squad to compete on equal terms with the ‘Big Six’ and Matheus Pereira certainly has the quality to make a big difference.

In 31 appearances, Pereira has notched 10 goals this season, along with five assists in a poor West Brom side, which speaks volumes about the player’s quality and potential. The Brazilian excels at interchanging passes with others around him and has also got the vision to unlock a rigid defence. Also, a threat from set-pieces, the former Sporting Lisbon man is capable of seamlessly slotting into Rodgers’ Leicester side.

With that in mind, the Foxes signing Pereira from West Brom certainly makes a lot of sense for a number of reasons and this might well be a move that could pay off handsomely for Rodgers.