Manchester United are looking to explore the possibility of signing Getafe midfielder Mauro Arambarri in the upcoming summer transfer window. 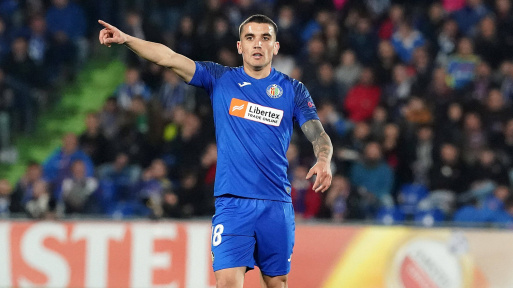 Mauro Arambarri, 25, has been plying his trade at Getafe since 2017 and has gradually become one of the club’s most consistent performers. The defensive midfielder has been one of the rare shining lights in an otherwise dismal campaign for Getafe, who lie 16th in the table and are fighting tooth and nail to avoid relegation from LaLiga.

The four-cap Uruguayan international has made 33 appearances in LaLiga this term, scoring three goals. Arambarri is believed to be viewed as a ‘cheap and good’ option for Manchester United to consider, as the midfielder could be sold if Getafe receives around €30m in the summer.

After a wobbly start to the season, Manchester United are on course to finish second in the Premier League, which should be deemed an achievement. With two league games left and Champions League qualification sealed for next term, Ole Gunnar Solskjaer will aim to end the campaign on a high by winning the Europa League trophy later this month in Gdansk, Poland.

While genuine progress has been made under Solskjaer, the Red Devils’ squad still needs investment in certain areas this summer. One of those is the defensive midfield position, with Nemanja Matic aging and has struggled in certain games when teams pressed with high intensity and aggression. This has made Solskjaer more reliant on the midfield duo of Fred and Scott McTominay.

Fred and McTominay have performed decently in double-pivot, especially in big games. They have worked well as a pair in central midfield and protected the back this season, whilst allowing Solskjaer to use Paul Pogba in the left-wide role. However, signing a top defensive midfielder would give Manchester United more balance and flexibility and let Pogba come back to a deeper role, helping Solskjaer’s side be more adventurous in big games.

Is Mauro Arambarri the solution to Man United’s midfield problems?

Manchester United have been linked with West Ham star Declan Rice in recent weeks. However, Rice is rated at around £80million which is likely to put United off from making a move this summer.

The Red Devils’ finances, just like the rest of Premier League and European clubs, have been hit hard by the Coronavirus pandemic. It is believed the Mancunian giants lost over £100m in income over the past 12 months, which makes it unlikely for the club to spend big in the transfer window.

Signing cheap, smart options could be the way United operate this time around, with Mauro Arambarri linked with a switch to Old Trafford of late.

Truth be told, Arambarri is something of an unknown quantity for most of the Premier League fans. He has been performing consistently well for Getafe over the last couple of years, and at 25, is at the right age to join a bigger club. The Uruguayan is known for breaking up the opposition’s play with his tackling and ball-winning skills, while he has shown this season he can score goals too, as documented by his three strikes in LaLiga.

Arambarri certainly has the best years ahead of him and could be a viable solution for Solskjaer’s problem. Rated at around €30m, the Uruguayan midfield destroyer could be worth the gamble for the Reds.