Everton will get a clear run at Rangers full-back Nathan Patterson with Liverpool deciding against making a move when the transfer window reopens in January. 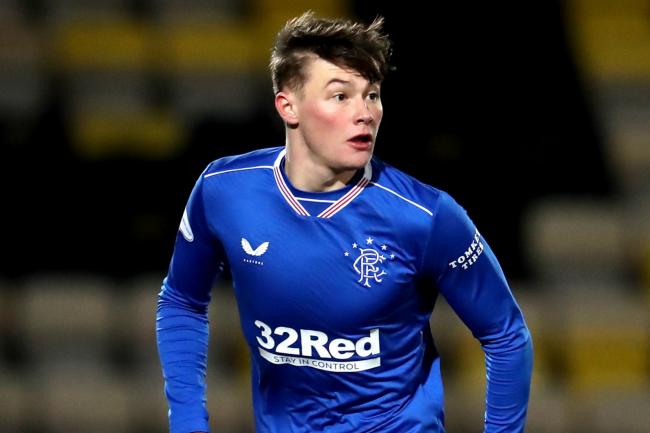 The Toffees were interested in signing the talented right-back in the summer transfer window and had made a £5million bid last month, but Rangers didn’t accept it.

One of Scottish football’s emerging young talents, Nathan Patterson, 19, enjoyed his breakthrough campaign at Rangers the last term, scoring twice in 14 appearances across all competitions. However, he has been competing with James Tavernier for the right-back spot at the Ibrox this season, which has led to both Everton and Liverpool being linked with a January move.

Liverpool have pulled out of the running to sign the teenage prodigy, thereby, leaving their traditional Merseyside rivals Everton in the driving seat to strike a deal for him. The Royal Blues are prepared to splash £10m to sign Patterson, who has a contract with the Gers until 2024.

Everton must sign a long-term successor for Seamus Coleman

Everton, under new head coach Rafael Benitez, have started the new Premier League campaign steadily with two wins and a draw in the opening three games. The Toffees didn’t spend a great amount of money in the summer transfer window with four out of five new recruits arriving on a free transfer.

With funds likely to be made available to Rafael Benitez in the mid-season transfer window, the Merseysiders must target reinforcing the right-back position. Seamus Coleman has been a great servant to the club, making over 350 appearances after joining from Irish club Sligo Rovers back in 2009. However, the Republic of Ireland international turns 33 next month and is out of contract in 2023.

Everton tried harder to land Coleman’s successor during the summer transfer window but their prolonged hunt bore no fruit. Benitez has Jonjoe Kenny as a back-up option but the Englishman’s stock over the last couple of years has tumbled with a loan move to Celtic last season not working as per the scripts.

While Ben Godfrey remains an option if there’s an injury to either Coleman or Kenny, Benitez must prioritise strengthening the right-back spot during the January transfer window.

To that end, Everton reigniting interest in Rangers’ James Patterson makes complete sense as the young right-back has all the makings of coming through the door at the Goodison Park as an excellent long-term prospect.

With Coleman ageing and needs to be managed well and Kenny failing to break into the Everton starting XI, one of the main reasons why a potential deal for a talented up and coming defender like Patterson could be an excellent piece of business for the Toffees in January.

The 19-year-old right-back made his Scotland debut back in June in the friendly win over Luxembourg and then came on as a substitute in the Euro 2020 defeat to Croatia a fortnight later. The Scotsman is in the rudimentary stages of his career, and notwithstanding the fact that he has never played in the Premier League before, there have been obvious signs to suggest from his performances at Rangers that Patterson is more than capable to cut the mustard in English football.

All in all, Everton must do everything possible to strike a deal with Rangers for Patterson in January as he has the raw tools to become Coleman’s successor.