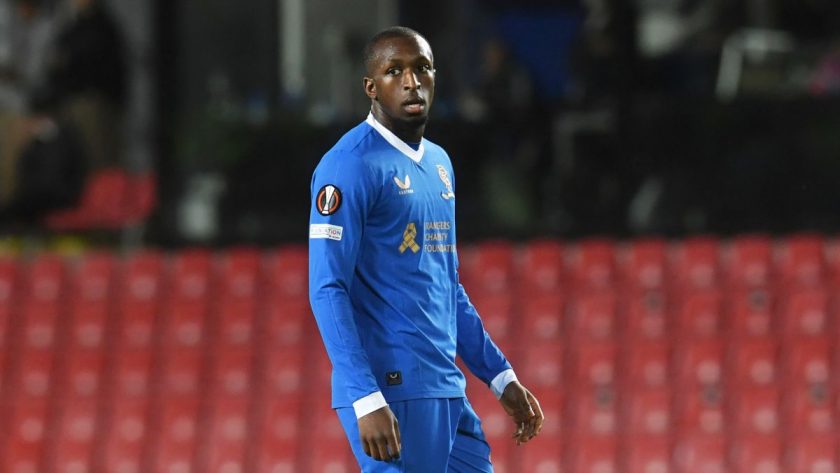 Steven Gerrard, 41, was appointed the new Aston Villa head coach last week, with the former Liverpool and England midfielder taking over the reins from the sacked Dean Smith. The Midlands club relieved Smith from his duties following a run of five consecutive defeats in the Premier League that has seen the Villans drop down to 16th on the table, just two points above the relegation zone.

Gerrard has left Rangers after a 3½-year spell in charge, in what was his first-ever senior managerial job and he’ll be keen to prove himself in the Premier League now with Aston Villa. And the 41-year-old English tactician already appears to be planning for reinforcements in the January transfer window.

Rangers duo Ryan Kent and Glen Kamara are on the radar of Aston Villa, with Gerrard fancying a raid on his former club. Gerrard knew Kent, 25, from his time as the coach of the Liverpool academy and signed him for Rangers in 2019. The English winger, who has been made a priority by Gerrard at Villa Park, has carved a reputation for himself in Scotland and played a crucial role in the Gers’ Scottish Premiership title triumph last season.

Kamara, 26, meanwhile, was heavily linked with a summer move to Aston Villa after his impressive performances in Euro 2020 with Finland. However, a move failed to materialise, and the midfielder has since continued delivering solid performances at Ibrox. This could see the Villans reignite their interest in the Finnish international when the transfer window reopens in January.

Steven Gerrard has taken over an Aston Villa side that is low in energy, lacking confidence and disjointed at the moment. It is a brave decision from the former Liverpool star, despite knowing the challenges he is set to face in the coming weeks and months after this year’s last international break.

The Lions spent big in the summer following the £100million sale of Jack Grealish to Manchester City, bringing in exciting names like Leon Bailey, Danny Ings and Emiliano Buendia among some. However, none of them have consistently lighted up Villa Park, while experienced players such as Tyrone Mings, Emiliano Martinez, John McGinn and Ollie Watkins are yet to show their best form this term.

Thus, Gerrard’s first and foremost job will be to get the experienced stars as well as the new signings to perform as a unit and earn positive results. He’ll need to build a system and instil his ideas and philosophy as quickly as possible at the Midlands club to arrest Villa’s recent slump.

Nonetheless, the newly-appointed Aston Villa boss would do well by injecting some dynamism and spark to his squad in the forthcoming transfer window, thereby, making the additions of Ryan Kent and Glen Kamara viable.

Kent, who can play on either wing or as a no.10, would add pace and energy to Villa’s attack, which has looked toothless in recent weeks. The 25-year-old has netted 28 goals and supplied 33 assists on top of that in 139 appearances for Rangers to date, so he has the potential to immediately make an impact at Villa Park.

Kamara, a defensive midfielder by trade, would help in tightening up the Villa backline that has leaked goals at an alarming rate since the beginning of the season. The Finnish international would improve Villa’s squad, whilst adding competing with the likes of Douglas Luiz, John McGinn, Marvellous Nakamba, Jacob Ramsey and Morgan Sanson for a spot in central midfield.

All in all, the signings of Kent and Kamara could go a long way in helping Gerrard’s Aston Villa avoid relegation from the top flight this term.