Leicester City are among a host of Premier League clubs interested in signing Burnley defender Nathan Collins this summer. 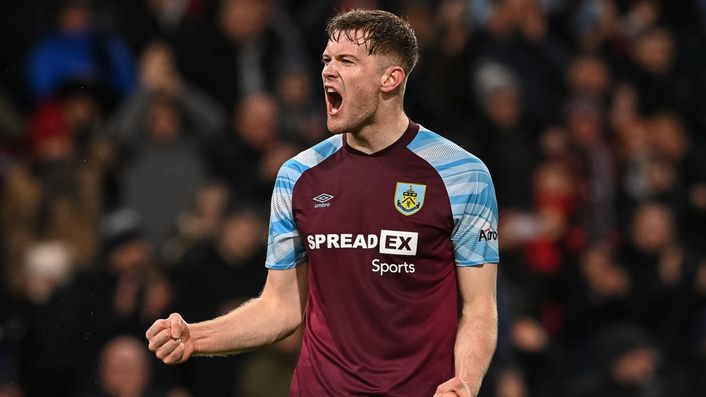 Nathan Collins, 21, joined Burnley only last summer from Stoke City and made a big impression in his maiden campaign in the Premier League after getting a consistent run of games in the second half of the season. He made 19 league appearances, scoring two goals but was a part of the Clarets side that got relegated from the top-flight.

Burnley are understood to be open to listening to offers for the highly-rated Republic of Ireland international amid their current financial fiasco. The Clarets are looking to make a profit on the £12 million they shelled out on him last year, with Wolves, Newcastle United and Leeds United all keeping tabs on Collins.

Wolverhampton Wanderers are looking to tighten up their defence, as manager Bruno Lage seeks to add competition for first-choice centre-backs Conor Coady and Max Kilman. Romain Saiss has been released by the club after the end of his contract and the Moroccan international has been quickly snapped up by Turkish giants Besiktas.

Willy Boly has struggled with injuries of late, while Leander Dendoncker is more suited to a defensive-midfield role than in central defence. To fill the void left by Saiss, Bruno Lage is eyeing a move for Burnley’s Nathan Collins.

Bids expected from both Leicester and Wolves this week

Like Wolves, Leicester City are keen to reinforce their backline that leaked 59 goals during the last Premier League campaign.

Brendan Rodgers’s side were hit by an injury crisis that pretty much left them with just one fit centre-back for a period of the season. This forced Rodgers to use Hamza Choudhury into central defence, while defensive midfielder Wilfred Ndidi was used as emergency cover to the backline.

To avoid a similar situation to the past campaign, the Foxes chief has made strengthening the defence one of his top summer priorities and looks interested in signing a young centre-back this summer.

Nathan Collins has done no harm to his reputation despite Burnley’s relegation from the top-flight, with both Leicester City and Wolves among the clubs showing strong interest in him. It is understood that the two Midlands clubs are set to lodge bids for the Clarets man this week.

Collins is a young and up-and-coming defender with huge potential, and going by his decent performances in the second half of the 2021/22 season as well as for the Republic of Ireland during the latest international break, it is not a surprise to see a queue of clubs vying for his signature.