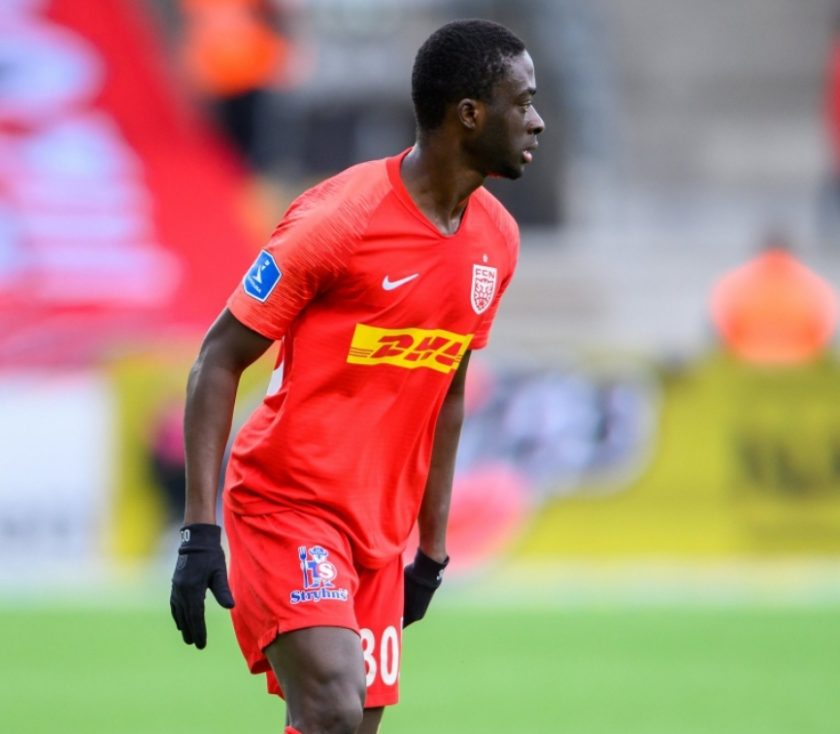 Abdul Mumin, 23, moved to Vitoria Guimaraes from Danish club Nordsjælland in the summer of 2020 and has gone onto make 44 appearances so far. He has enjoyed a solid season, helping Guimaraes rise to eighth in the Liga Nos table.

The Ghanaian’s performances in Portugal haven’t gone unnoticed, with Lyon also keeping tabs on him. But Leicester City are keen to sign Mumin, who is valued at a measly £12m. The centre-back is in the final two years of his contract at Guimaraes and the Portuguese club would be willing to offload him in the summer to raise some funds.

Leicester City have endured a poor season so far and currently sit 10th in the table. They have conceded 33 goals in 18 games, which is a lot for Brendan Rodgers’ liking. Injuries to key defenders such as Wesley Fofana, Jonny Evans and Caglar Soyuncu has hampered the Foxes to a large extent, with Rodgers’ side often lacking leadership and control at the back.

Evans is well past his prime and has become injury prone over the last few years, while Soyuncu wasn’t playing at his best level before getting injured in December. Fofana’s serious foot injury sustained in a warm-up game before the season’s start left a huge hole to plug and Rodgers decided to bring in Jannik Vestergaard from Southampton as cover.

The move hasn’t worked out, with Vestergaard struggling to break into the starting XI regardless of injuries to important central defenders. Thus, it isn’t a surprise the Leicester City boss is looking out for reinforcements to improve his backline.

Abdul Mumin could be a smart buy for the Foxes

Abdul Mumin is one of the highly-rated young talents in Liga NOS and interest from clubs like Leicester City, Newcastle United and Lyon shows that he is making giants leaps in his development. He has performed consistently at Vitoria Guimaraes since arriving in 2020 and is probably at the right age to make the jump to a bigger club.

A move to Leicester City, in that regard, would be perfect for the Ghanaian defender. Brendan Rodgers has shown his ability to nurture young players at the King Power Stadium and Mumin could be another solid addition to a pool of exciting talents. He is a strong defender with good aerial ability and passing skills, making him a smart fit in Rodgers’ system.

The Vitoria star would improve Leicester’s options at the back, whilst possessing the quality to replace the ageing Evans in the squad. At 23, he has a long way to go in his career and a move to the King Power Stadium could help him unlock his true potential under an astute manager in Rodgers.

Thus, Leicester must do everything in their powers to beat Newcastle and Lyon for the signing of Mumin in the summer.