Manchester United have joined Arsenal in the race to sign Ajax defender Lisandro Martinez after a deal for his teammate Jurrien Timber fell dead in the water. 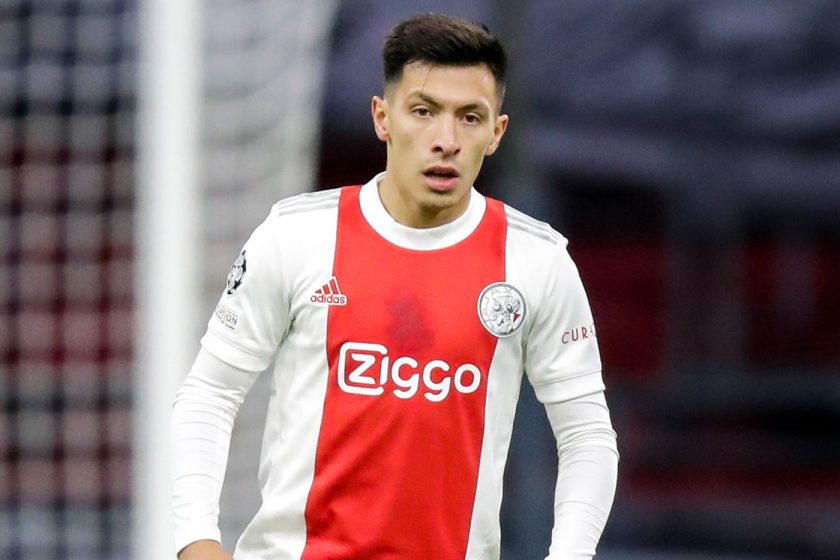 Since Erik ten Hag has been appointed as the new Manchester United manager, Ajax’s Jurrien Timber is the name most linked with a switch to Old Trafford. Having worked with Timber at Ajax, Ten Hag was very much keen on reuniting with the versatile defender at his new club.

However, the deal to sign Timber has apparently collapsed after the Netherlands national team coach Louis van Gaal warned the youngster that he’ll need regular game time to be selected for the national team World Cup squad in Qatar later this year. This has resulted in Manchester United switching their attention to Lisandro Martinez.

Ajax Player of the Year, Martinez, 24, enjoyed an incredible last season as he helped Ajax retain their Eredivisie title under Ten Hag. He was a regular in Ten Hag’s side, registering a goal and four assists in 36 appearances across all competitions.

The 24-year-old, who was part of the Argentina squad that won the Copa America in 2021, is also on the radar of Arsenal. In fact, Arsenal have seen a £25m bid rejected by Ajax for their star defender. It is believed the Gunners could return with an improved offer for the player, but could face competition from Manchester United with Ten Hag hopeful of raiding his former club to strengthen his squad.

After a raft of departures on free transfers earlier this summer, bringing in at least one new midfielder is a well-known priority for Manchester United. Barcelona midfielder Frenkie de Jong is Ten Hag’s no.1 transfer priority and having previously worked with him at Ajax, the Dutch tactician knows what the player can bring to his side.

Along with midfield, the new Red Devils boss also wants to improve the club’s defensive and attacking options. Signing a centre-back is also considered one of Ten Hag’s top priorities in a bid to boost a defence that shipped a record number of goals in the 2021/22 campaign.

Skipper Harry Maguire endured a tough campaign with his performances often attracting criticism from both fans and pundits alike. Raphael Varane also struggled for consistency in an injury-hit debut campaign in English football, while the likes of Phil Jones and Eric Bailly barely played for Man United.

The Red Devils preparing an offer for Lisandro Martinez

Ten Hag wants to fix Man United’s leaky backline, and after Jurrien Timber has decided to continue with Ajax to boost his chances of making Louis van Gaal’s World Cup squad in November, he is looking to poach Lisandro Martinez from his former club.

Martinez has enjoyed a successful time with Ajax since arriving from Argentinean outfit Defensa y Justicia in 2019, winning two Eredivisie titles, a Dutch Cup and the Johan Cruyff Shield. The 24-year-old’s strong performances in the last two years haven’t gone unnoticed, with Arsenal said to be hot on his trail.

Primarily a centre-back, Martinez can operate as a left-back and defensive midfielder when required, and such versatility makes him a solid option often for any club. But having blossomed into a top player under the tutelage of Ten Hag, Man United certainly have the edge over Arsenal in their pursuit of the 24-year-old and are reportedly readying an offer for him.

It will be interesting to see what happens with the seven-cap Argentinean international but the Red Devils’ interest is believed to be real.