Leeds United are keeping tabs on RB Leipzig midfielder Tyler Adams amid confirmation that the Bundesliga club do plan to sell him this summer. 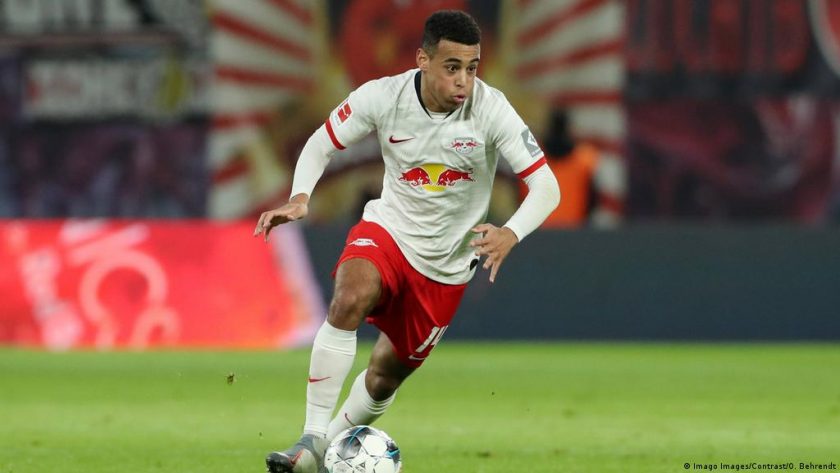 Tyler Adams, 23, moved to RB Leipzig from New York Red Bulls back in 2019 and has gone on to make 102 appearances, scoring two goals and supplying four assists. He was a regular for RB Leipzig this past season, racking up 36 appearances across all competitions this past season as Domenico Tedesco’s side clinched Champions League qualification on the final day.

The 23-year-old is a player Leeds United boss Jesse Marsch knows well, being a USA international and played under him at Leipzig for a short period of time. Now, Marsch is keen to reunite with Adams for a third time as he looks to take advantage of his links within the game, having already brought in Brenden Aaronson, Rasmus Kristensen and Marc Roca to Elland Road.

Leeds United star Kalvin Phillips has been heavily linked with a switch to Manchester City in recent weeks.

The England international, 26, has two years left on his contract at Elland Road but may want to leave the club to take the next step in his career this summer. The Whites value him at £60million, and it is believed that Phillips would consider forcing through a move to Manchester City if they agree a fee with his boyhood club.

With Fernandinho leaving the Etihad Stadium after nine trophy-laden years, Phillips is considered as a replacement by Pep Guardiola, given the player’s age, defensive attributes, passing ability and experience.

Tyler Adams could be a smart acquisition for the Whites

In terms of further incomings at Leeds United, it is understood that Tyler Adams of Leipzig is a major target for Jesse Marsch, who sees him as a potential Kalvin Phillips replacement. Having signed Brenden Aaronson and Marc Roca from RB Salzburg and Bayern Munich respectively, Marsch is looking to add more depth to his midfield unit ahead of the new campaign.

A defensive midfielder by trade, Adams’s extreme versatility allows him to operate at right-back, centre-back, wing-back and as a right-sided midfielder. Add this versatility to his passing skills, positional awareness and defensive acumen, the United States of America international appears to be some player in the making.

He would potentially be a fantastic replacement for the Man City-bound Phillips, whilst adding depth to the Leeds squad. Still just 23 years old, Adams could be a real fixture in Marsch’s starting XI at Elland Road for many years to come.