Leicester City have been linked with a shock swoop for Liverpool skipper Jordan Henderson. 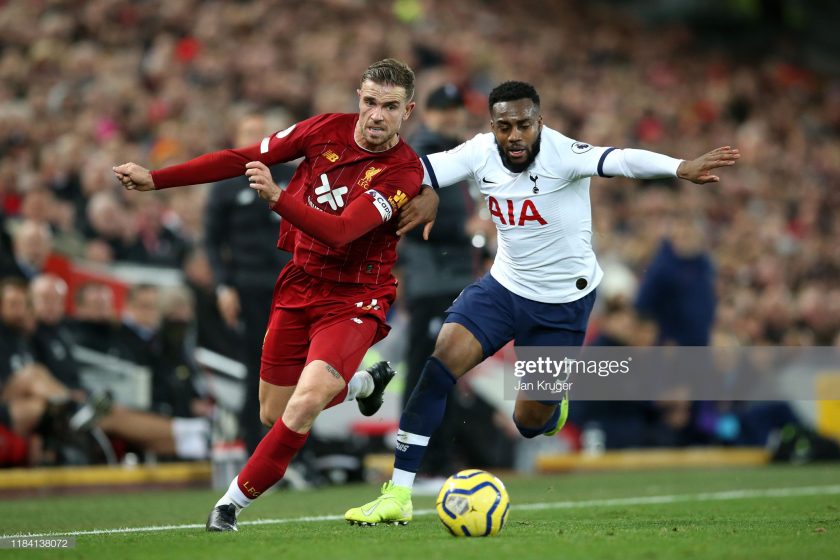 Jordan Henderson, 31, joined Liverpool from Sunderland about a decade ago, and after enduring a difficult start to life with the Merseysiders, he has made it to 10 seasons with the club in the Premier League era.

The England international, who has won the Champions League and a first Premier League title for Liverpool in 30 years, however; is facing an uncertain future at Anfield amid stalled contract talks. The 31-year-old has a contract until 2023 but talks over a new deal with the Reds have broken down, for now, leaving his future up in the air.

Along with Leicester City, Arsenal have been credited with an interest in Henderson, who was a part of the England squad that lost the Euro 2020 final to Italy at the Wembley Stadium earlier this month.

Meanwhile, Leicester City have been one of the busiest Premier League clubs in the ongoing transfer window. They have signed Boubakary Soumare and Patson Daka from Lille and RB Salzburg respectively, while Ryan Bertrand has arrived on a free transfer from Southampton.

In back-to-back Premier League seasons, Leicester City have finished outside of the top four spots under Brendan Rodgers. For some of the other reason, the Foxes have gone off the boil at the business end of the last two campaigns and missed out on Champions League football.

Brendan Rodgers cannot fail this time around and bring Champions League football back to the King Power Stadium in 2022, having helped the Foxes win the FA Cup last term.

The Foxes must try keeping hold of James Maddison

Leicester playmaker James Maddison is understood to have agreed personal terms with Arsenal ahead of a possible move.

Maddison, 24, was excellent for Rodgers’ side in the first half of last season but his form faded in 2021, particularly due to fitness problems. The Englishman is an exciting player who is on the radar of the Gunners, as Mikel Arteta looks to solve his team’s creativity problems ahead of the new campaign.

Arsenal’s interest in Maddison is genuine and they are ready to offer a player plus cash deal for him. So, Rodgers and co. have a big decision to make. In all fairness, they must try keeping hold of the 24-year-old midfielder, who has a contract at the King Power Stadium until 2024.

Rodgers has built an exciting Leicester City side that plays some fascinating, counter-attacking football. In Kasper Schmeichel, Jamie Vardy and Jonny Evans, the Northern Irishman has a few top professionals, leaders that have tasted Premier League success in the past.

In Jordan Henderson, the Foxes would get an aggressive leader and an experienced campaigner who has been a crucial part of Liverpool’s recent Champions League and Premier League triumphs. Settling at Leicester shouldn’t be an issue, as the England international would be reuniting with former Liverpool boss Brendan Rodgers.

The 31-year-old’s work ethic and experience could help the Midlands club that gap in their bid to win the Premier League title again. He’d undoubtedly add quality to the midfield department at Leicester, who could sell Dennis Praet, Hamza Choudhury and Nampalys Mendy this summer.

However, Liverpool are highly unlikely to sell Henderson this summer, but it won’t be a bad idea for the Foxes to test the Merseyside club’s resolve with a cheeky bid for their star skipper.