Southampton are one of the three Premier League clubs interested in signing Arsenal midfielder Ainsley Maitland-Niles this summer. 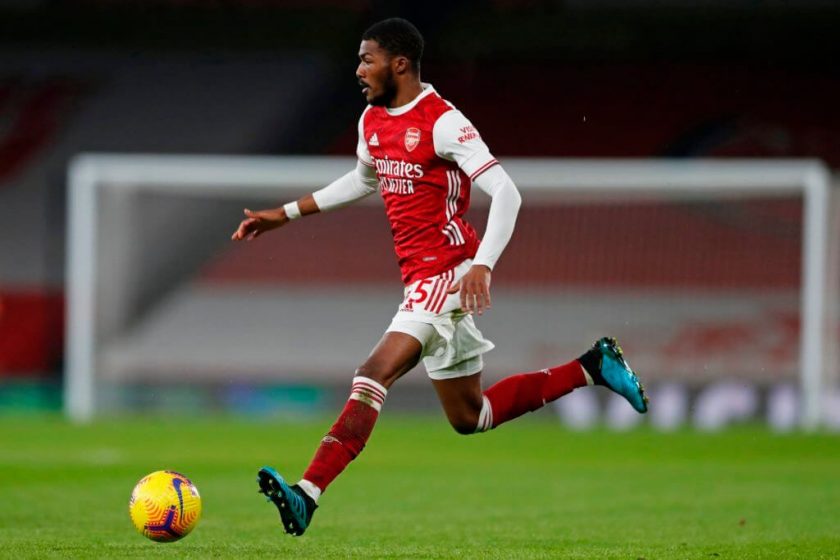 Ainsley Maitland-Niles, 23, failed to earn a regular spot at Arsenal and joined West Brom on loan in January, featuring 12 times in the Premier League last season. However, he couldn’t help the Baggies retain its top-flight status under the management of Sam Allardyce.

The five-cap England international has played over 100 games for the Gunners but hasn’t really cemented a fixed position in the team. He’s played in various positions across Arsenal’s defence and midfield, and with manager Mikel Arteta aiming to reinforce his squad further after recruiting midfielder Albert Sambi Lokonga and left-back Nuno Tavares, it may be better for Maitland-Niles to bid goodbye to his boyhood club and ignite his career elsewhere.

The 23-year-old versatile Englishman, whose contract at the Emirates Stadium expires in 2023, is also attracting interest from Leicester City and Burnley.

Meanwhile, Southampton are yet to get going in the summer transfer window. They have only signed left-back Romain Perraud from French club Stade Brest and Theo Walcott on a free transfer from Everton, whilst allowing the likes of Ryan Bertrand, Angus Gunn, Wesley Hoedt and Dan N’Lundulu to leave the club.

With just five weeks of the transfer window remaining, Ralph Hasenhuttl and the Saints must hurry up and get a few quality players on board.

The Saints are very much keen to sign full-back Brandon Williams on loan from Manchester United to add to their defensive ranks.

Brandon Williams, 20, enjoyed his breakthrough season in 2019/20 at Old Trafford due to Luke Shaw’s injury problems. However, since Shaw’s resurgence in form and the addition of left-back Alex Telles from FC Porto last summer, the 20-year-old managed only 19 appearances across all competitions.

Having fallen down the full-back pecking order, it is in the best interests of Williams to go out on loan and get first-team football. Ralph Hasenhuttl wants to sign the English full-back, however; a loan deal between Manchester United and Southampton has hit an impasse as the Red Devils apparently want more than £2million for letting their academy graduate leave on a temporary deal.

As things stand, Williams’ move to St. Mary’s looks off.

Is Ainsley Maitland-Niles an alternative to Williams?

Even though Ainsley Maitland-Niles has reiterated his desire to play in central midfield, Southampton could very well look at him as an alternative to Brandon Williams at full-back.

The Arsenal academy graduate has a decent amount of top-flight experience having made his first-team debut back in the 2014/15 season. He prefers to play in central midfield but has been regularly used at full-back—a position Hasenhuttl and the Saints lack depth after Ryan Bertrand’s departure.

Due to his adaptability, Maitland-Niles could be a smart signing for Southampton. The 23-year-old is a promising player who would compete for a spot in Hasenhuttl’s midfield, whilst adding depth to the full-back position.

Hasenhuttl has shown at Southampton that he is more than willing to place his trust in young players. So, the chances of Maitland-Niles thriving at the St. Mary’s Stadium under the Austrian’s stewardship remain high. Thus, it would be wise to land the England international from Arsenal before the transfer window slams shut.