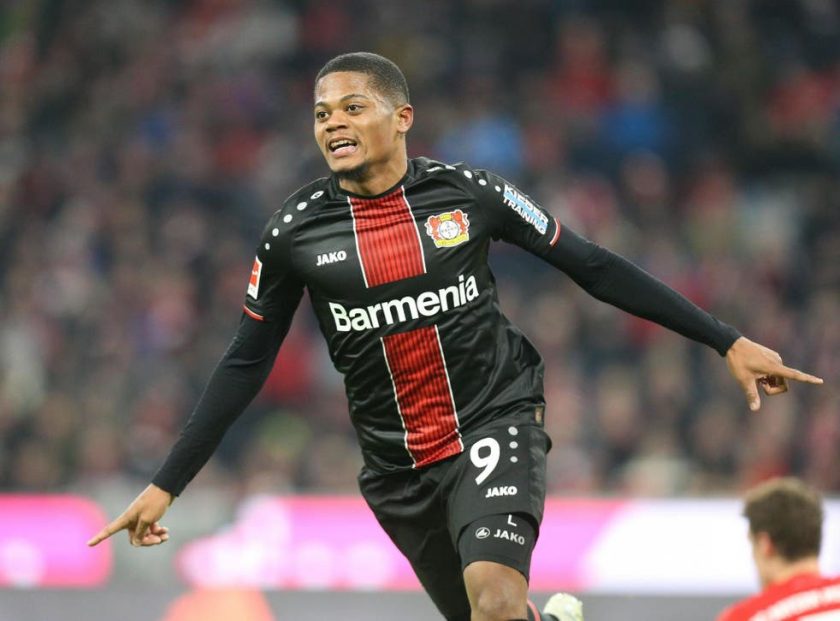 Leon Bailey, 23, has impressed Bayer Leverkusen in the Bundesliga since arriving from KRC Genk in January 2017. He enjoyed his best season in German football so far, registering nine goals and as many assists in 30 league appearances and helping Bayer Leverkusen qualify for the Europa League.

The Jamaican international, who has two years left on his current deal at Bay Arena, is currently valued at between £25m-£30m. Aston Villa have identified Bailey as a realistic target and preparing to approach Bayer Leverkusen, with manager Dean Smith keen to recruit another winger.

The Villans have been busy in the summer transfer window as Dean Smith looks to improve his squad ahead of the 2021/22 campaign. They have signed Emiliano Buendia in a record deal from newly-promoted Norwich City and brought back Ashley Young on a free transfer from Inter Milan, whilst remaining in the hunt for Arsenal midfielder Emile Smith Rowe.

Aston Villa finished 11th last season, just four points behind 10th-placed Everton on the table. To mount a serious challenge for a top-half finish next season, Smith must make it a priority of improving his defensive options. After plugging the gaps in his defence, the Villa tactician should shift his focus towards bolstering his attacking options.

It is an open secret that Aston Villa skipper Jack Grealish is wanted by Premier League champions Manchester City. Pep Guardiola admires the creative winger, who has been Villa’s best player since the club achieved promotion to the top-flight two summers ago.

Grealish, 25, may feel it is time to finally leave his boyhood club and join a Manchester City team that is expected to compete for titles and trophies under Guardiola every season. But Smith expects his captain to stay and sign a new deal on top of a five-year contract he penned last summer that tied him to Villa Park until 2025.

As things stand, Grealish’s future at Villa remains uncertain and Smith must try resolving it as quickly as possible. Even if the Villans have signed Emi Buendia as Grealish’s potential replacement, keeping hold of the England international for another year would be a big victory for Smith.

As aforementioned, Smith remains in the hunt for another wide attacker, with Mahmoud Trezeguet set to miss the start of the new season with a serious knee injury and Anwar El Ghazi put on sale.

Villa seems to have set its sights on Bayer Leverkusen’s Leon Bailey, who is currently starring for Jamaica at the Gold Cup.

A right-winger by trade, Bailey is equally comfortable playing on the left or through the middle when required. He is an exciting player with silky dribbling and a great left foot, and would add goals and assists to Smith’s Villa side. The Jamaican international would be an instant upgrade on El Ghazi, whilst adding creative flair to the Lions’ wide department.

At 23, Bailey still is relatively young and that should make him a long-term option for Smith. All in all, the Villans signing the Bayer Leverkusen star would represent a big coup as Smith aims to push for a top-half finish.