AC Milan are willing to offload Rafael Leao this summer and have offered their forward to Wolverhampton Wanderers. 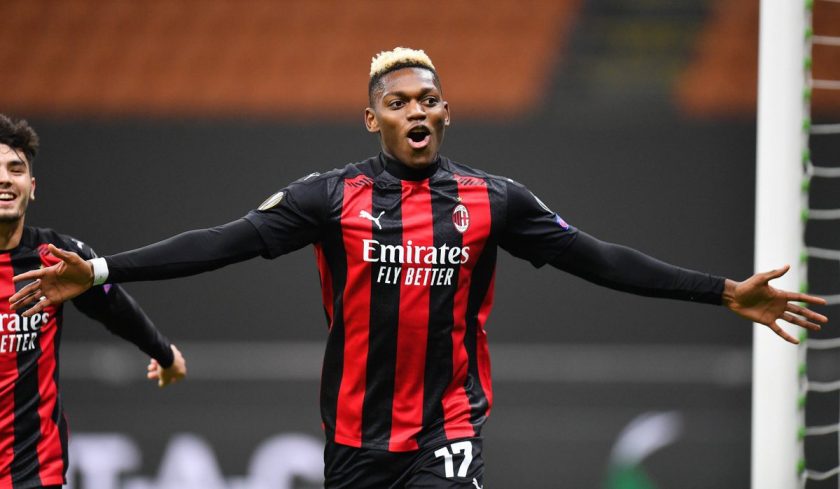 Rafael Leao, 22, has become one of the most exciting young players in Serie A since joining AC Milan from LOSC Lille two summers ago. He netted seven goals and supplied a further six assists in 40 appearances last term, helping Milan to finish second on the Serie A table.

However, the Portuguese under-21 international has fallen out of favour at the Rossoneri and the Serie A giants will not stand in his way if they receive an offer of around €30 million in this summer transfer window.

Leao’s agent, Jorge Mendes, has been looking for a new club for him and has contacted several Premier League clubs, including Wolves. But the 22-year-old forward wants to stay in Milan, with whom he has an offer until 2024.

Meanwhile, Wolves have started their rebuild under new manager Bruno Lage, who has replaced Nuno Espirito Santo. The Black County outfit have been relatively busy in the transfer window in terms of incomings, with Francisco Trincao and Jose Sa among those to arrive at the Molineux. It remains to be seen how many more players the club manages to bring in before the transfer window closes on August 31.

Wolves didn’t have the best of seasons under former manager Nuno Espirito Santo, finishing 13th on the table. They royally struggled for goals, scoring just 36 in 38 games.

Raul Jimenez suffered a serious skull injury in November that ruled him out for the rest of the campaign, affecting the Wanderers’ productivity massively. Teenager Fabio Silva struggled to cope with the demands of English football in his very first season at the Molineux, while Adama Traore had a season to forget.

Pedro Neto was one of the rare bright sparks in attack but he didn’t receive good support from teammates such as Daniel Podence, Willian Jose and Traore. Add injuries to a few key performers on top of that and the Wanderers never really got going, often failing to breach defences due to a lack of cutting edge and flair.

The Wanderers need more quality and depth up front

Raul Jimenez’s return from a horrific skull injury in Wolves’ pre-season tour is a major plus for Bruno Lage. The friendly games should help the Mexican get back the much-needed match sharpness and build him for the upcoming campaign.

Yet, Lage and co. cannot expect the 29-year-old striker to start firing all cylinders from the very first game. Fabio Silva is still learning his trade, while Patrick Cutrone is edging closer towards an exit from Wolves this summer.

While Francisco Trincao will add some pace and creativity to Wolves’ wide department, Lage cannot overlook the club’s goalscoring problems of last season and must prioritise addressing it in this transfer window.

Should Wolves make a move for Rafael Leao?

That being said, Wolves must go for AC Milan forward Rafael Leao.

Leao can play in multiple attacking positions, but he has looked most comfortable spearheading AC Milan’s attack. A speedy forward, the Portuguese has the ability to dribble past opposition defenders, link play well and create chances for his teammates. The 22-year-old is also a good finisher in front of a goal.

The former Sporting Lisbon prodigy would be a top addition to Lage’s Wolves side and make them an exciting attacking unit. Rumoured to be available at around €30 million, Leao would be a massive coup for the Black County outfit.