Everton and Crystal Palace are set to battle it out for the signing of Aston Villa midfielder Marvelous Nakamba this summer transfer window. 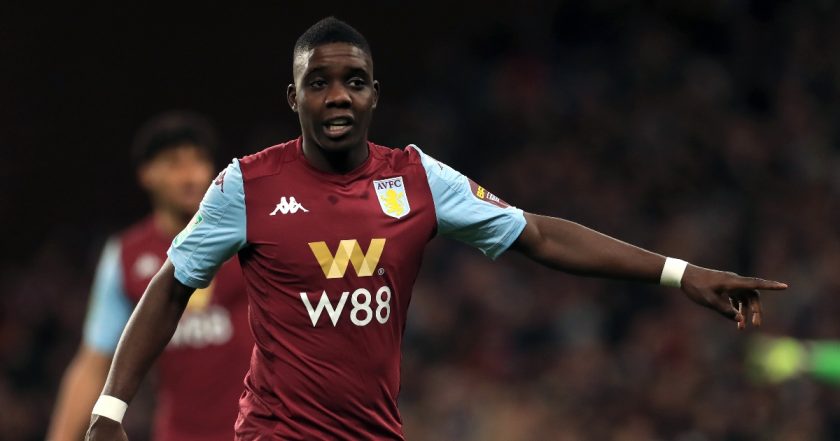 Marvelous Nakamba, 27, joined Aston Villa in the summer of 2019 from Club Brugge and has made 50 appearances in all competitions during his two seasons at Villa Park. But he spent much of the last season on the bench, playing just 16 times with three of those outings coming in the Carabao Cup.

The Zimbabwean international was given a few opportunities in the final weeks of the campaign and he starred for Aston Villa in the wins over Tottenham Hotspur and Chelsea in May, helping Dean Smith’s side finish a respectable 11th on the table.

Nakamba has made himself a big fans’ favourite at Villa Park and Dean Smith is reluctant to lose the midfielder. However, Everton and Crystal Palace are monitoring the player’s situation and could test Villa’s resolve with appealing offers before the transfer window slams shut on August 31.

New Everton manager Rafael Benitez has wasted no time and brought in Andros Townsend and Asmir Begovic on free transfers from Crystal Palace and Bournemouth respectively, whilst signing Demarai Gray from Bayer Leverkusen for £1.6m.

There’s plenty of work to do for Benitez, 61, who replaced Carlo Ancelotti at the helm of the Toffees earlier this month. The Spanish tactician will want to have a solid foundation at the back, while trying to get the best out of his attacking players, including Dominic Calvert-Lewin and Richarlison.

Calvert-Lewin, who was a part of the England squad that reached the Euro final, has been strongly linked with a move to Manchester United and that question mark will hang over the squad until the window slams shut, but the new Everton boss has a few more issues to thrash out as he prepares for his first Premier League game on August 14.

After reinforcing the wide department and bringing in a goalkeeper to challenge no.1 Jordan Pickford, Benitez must shift his focus towards Everton’s midfield.

Allan, signed from Napoli last summer, had an injury-hit debut campaign at Goodison Park. When fit, the Brazilian was really good in the engine room and formed an understanding with the likes of Abdoulaye Doucoure and Gylfi Sigurdsson.

Beyond Allan, Doucoure and Sigurdsson, though; the Toffees lack quality in the midfield department. Since arriving from Manchester City a few years ago, Fabian Delph has been struggling with fitness problems, while Andre Gomes is yet to get back his mojo after recovering from the horrific ankle injury.

Having failed to adapt to the demands of English football, Bernard has ended his three-year spell with Everton and joined Sharjah FC on Friday. Tom Davies, meanwhile, is yet to prove his consistency and remains squad player at best for the Royal Blues.

Should the Toffees go for Marvelous Nakamba?

Considering Everton’s glaring problems in central midfield, it won’t be a bad idea to make a move for Aston Villa’s Marvelous Nakamba.

Nakamba is a combative midfielder who possesses the good technical ability, stamina, and excellent work-rate as well. He is capable of playing as a defensive midfielder or central midfielder, and can be used as a player who controls the tempo of the game from deep with his passing and tackling skills.

At 27, the Zimbabwean is entering the prime stages of his career, and having performed decently for Aston Villa, he could make an immediate impact at Everton. Nakamba could play alongside Allan in a two-man pivot in midfield, which will allow Benitez to go with an offensive plan in most of the games and include players like Sigurdsson, Townsend, Richarlison and Calvert-Lewin in the lineup next season.

Thus, Everton must try and beat Crystal Palace to the signing of Nakamba.