West Ham are keeping tabs on Liverpool midfielder Alex Oxlade-Chamberlain and could try to sign him on loan this summer. 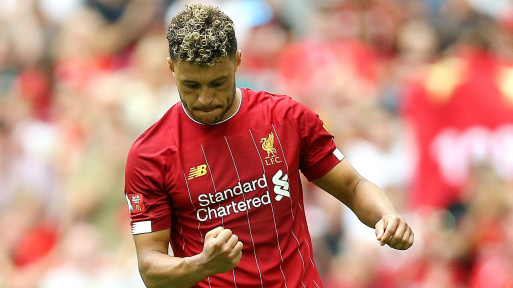 However, David Moyes and West Ham expect the England international to stay at Manchester United regardless of a fine loan spell in the 2020/21 campaign. Moyes and co. are now keen to replace Lingard at the east London club with West Brom’s Matheus Pereira.

Matheus Pereira, 25, was one of the rare bright sparks in an otherwise torrid campaign for West Brom that ended in relegation from top-flight. He bagged 12 goals and six assists for the Baggies in all competitions and is also wanted by Leeds United.

West Ham remain in talks with West Brom over a potential £25million deal for the Brazilian midfielder, with an initial loan deal with an obligation to buy a likelihood. Should they fail to land Pereira, however; the Hammers will move on to trying to land Alex Oxlade-Chamberlain on loan from Liverpool.

Oxlade-Chamberlain, 27, has had an injury-ravaged spell at Liverpool and made only 13 appearances last year even though he was fit for selection for much of the season. It is said that the former Arsenal midfielder is one of the fringe players in the Reds squad that Jurgen Klopp is willing to part ways with ahead of the new Premier League campaign.

West Ham have had a quiet summer transfer window so far. Their priorities lie in keeping hold of Declan Rice and Jarrod Bowen, but Moyes must look to bring in some players to bolster his squad.

In Declan Rice, Tomas Soucek, Pablo Fornals, Manuel Lanzini and Mark Noble, Moyes has very limited options as far as his central midfield options are concerned. With Felipe Anderson re-joining Lazio and Noble past his prime, there is an urgent need for the Scottish tactician to add more quality and depth to their midfield department ahead of a gruelling campaign.

Is Alex Oxlade-Chamberlain a good option for the Hammers?

Alex Oxlade-Chamberlain has experienced injury problems over the last couple of years at Liverpool. This has seen him lose his spot in Jurgen Klopp’s starting XI, and despite the midfielder’s fitness back to optimum level once more, the Reds boss is ready to offload him during this transfer window.

A move to West Ham could help the Englishman get regular game time and revive his stuttering career. Oxlade-Chamberlain is a dynamic player who can play in various midfield options and on either wing. He possesses bags of energy, blistering pace and the ability to spot a pass in the final third of the pitch.

The former Arsenal man could be a solid loan signing for West Ham, whilst filling the creative void left by Lingard. Oxlade-Chamberlain could replace the goals, work-rate and dynamism that the Manchester United star offered to Moyes’ side.

If he stays injury-free and is backed properly, the 27-year-old can have a Lingard-type impact for the east London outfit.