West Ham are all set to sign Manchester United midfielder Jesse Lingard on loan until the remainder of the season. The Hammers, who have beaten competition from Newcastle United, West Brom and Sheffield United, have agreed to pay Manchester United a loan fee of £1.5 million and cover the player’s wages. 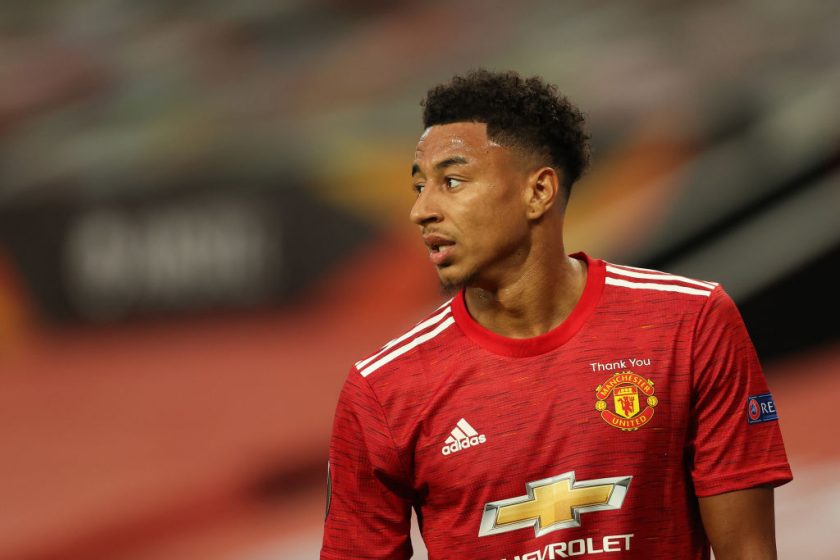 Jesse Lingard, 28, has made only three appearances for the Red Devils this season and his two starts have both come in the domestic cups. The midfielder last featured in the Premier League in July, when he came off the bench and scored against Leicester City in the final game of 2019/20 campaign that sealed Manchester United’s qualification to the Champions League.

The 28-year-old has been looking to secure a temporary move away from Old Trafford after falling out of favour under Ole Gunnar Solskjaer.

Meanwhile, West Ham have enjoyed a good season so far and are currently fifth in the Premier League standings, two points below reigning champions Liverpool. The Hammers have improved under the management of David Moyes, who reportedly is set to be rewarded with a new deal at the end of the season.

Moyes has offered stability to the club which they have been crying out for a long time. Players such as Jarrod Bowen, Tomas Soucek, Vladimir Coufal, Pablo Fornals and Craig Dawson have performed very well under the Scotsman’s leadership.

Soucek and Declan Rice have been the first-choice central midfielders for Moyes this campaign, with the former impressing a lot with his goalscoring ability. Soucek has scored seven goals in 20 league appearances, thus slightly taking a little bit of goalscoring burden off the shoulders of Michail Antonio, Andriy Yarmolenko and Bowen.

West Ham have netted 30 goals in 20 games which isn’t a bad reading at all. However, Moyes’ side has struggled with a lack of creativity at times, despite boasting of players such as Said Benrahma, Manuel Lanzini and Fornals.

Lanzini is clearly not fancied by Moyes, while summer signing Benrahma, whose loan deal from Brentford was turned permanent on Friday, hasn’t really set the Premier League alight so far.

While the Hammers’ immediate priority should be to bring in a new striker following the departure of Sebastian Haller to Ajax earlier this month, their need for creativity and energy cannot be overlooked.

Jesse Lingard could be a good short-term option

Having said that, signing a player of Jesse Lingard’s qualities could benefit a lot for West Ham.

Moyes knows Lingard from his time in charge of Manchester United and took the English midfielder on the pre-season tour in 2013. Lingard has endured a difficult couple of years at Old Trafford since the 2018 World Cup semi-final, on and off the pitch. The midfielder’s goals and assist returns have dwindled for his club, resulting into him losing his place in the England squad.

A temporary move to West Ham, therefore, offers Lingard a great opportunity to revive his flagging career. In return, Moyes and co. would get an experienced and versatile player that’ll certainly help the Hammers in their pursuit for a top-six finish this campaign.