Crystal Palace are eyeing a move for Rangers midfielder Joe Aribo next year. 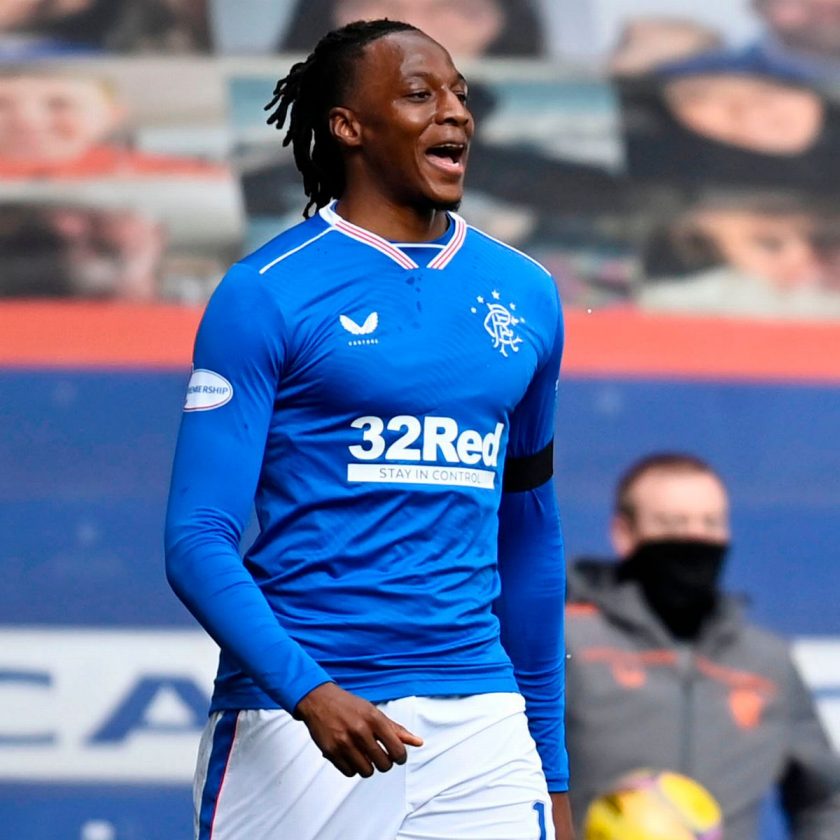 The Nigerian international, 25, joined Rangers in 2019 on a free transfer from Charlton Athletic, where he spent four years. The central midfielder has steadily grown into a key player for Rangers, racking up 19 goals and 17 assists in 107 appearances across all competitions to date. He played a key role in the Gers’ title triumph under Steven Gerrard last season, thereby, ending Celtic’s decade-long dominance.

With two goals and an assist in nine league fixtures, Joe Aribo has enjoyed a fine start to the new Scottish Premiership season and his performances for Steven Gerrard’s side haven’t gone unnoticed. Crystal Palace are monitoring the situation of the 25-year-old, whose current contract at Ibrox expires in the summer of 2023.

After Roy Hodgson left the club in the summer, the Eagles appointed Patrick Vieira to take them forward. Under Vieira, the south Londoners lie in the bottom half of the table having picked up only seven points in as many games.

Patrick Vieira tasked with the rebuilding job at Crystal Palace

Crystal Palace embarked on a new chapter in the summer with Patrick Vieira tasked with the rebuilding job. The Eagles released as many as nine players and replaced them with fresh blood into Vieira’s squad by adding players like Marc Guehi, Michael Olise, Joachim Andersen, Odsonne Edouard, Will Hughes and Conor Gallagher.

Things may have not gone according to the plan so far this season but the club seems to have adopted a patient, futuristic approach under Vieira by making the aforementioned signings. And the French tactician, 45, is already looking for further reinforcements to continue the rebuilding job he’s started at Selhurst Park after replacing the veteran Roy Hodgson.

One of the areas Vieira has seemingly targeted next summer is the midfield, despite signing two central midfielders in the first transfer window as the Crystal Palace boss.

Will Hughes, signed from Watford, is yet to make his Palace debut due to an early-season injury. Conor Gallagher has made a massive impact since his loan signing from Chelsea, and with the young Englishman due to return to Stamford Bridge at the end of the season and the likes of James McArthur, Cheikhou Kouyate and Luka Milivojević already in their 30s, it makes sense for the Vieira and co. to be in the market for a midfielder next year.

Joe Aribo has flourished in advanced midfield roles at Rangers, although he is more than capable of playing in deeper positions and influencing games with his crisp passing and tackling skills. He is confident on the ball, works hard and can control the midfield area using his strength and reading of the game.

The Nigerian international has shown at Rangers time and again that he can drive the ball forward, and he can be a very effective player in transitions with his dribbling and vision. The ex-Charlton man would improve Palace’s midfield options, whilst adding much-needed depth to Vieira’s squad.

With the likes of Wilfried Zaha, Odsonne Edouard and Eberechi Eze – all quick players, Aribo’s vision and passing could give the Eagles an edge in attack also. The Rangers star can potentially be the long-term successor of McArthur which Palace are trying hard to find.

All in all, the south London outfit would make a smart acquisition if they manage to lure Aribo away from Rangers.