Aaron Ramsey will be allowed to leave Juventus for free in January, with West Ham one of the three Premier League clubs believed to be interested in signing the midfielder. 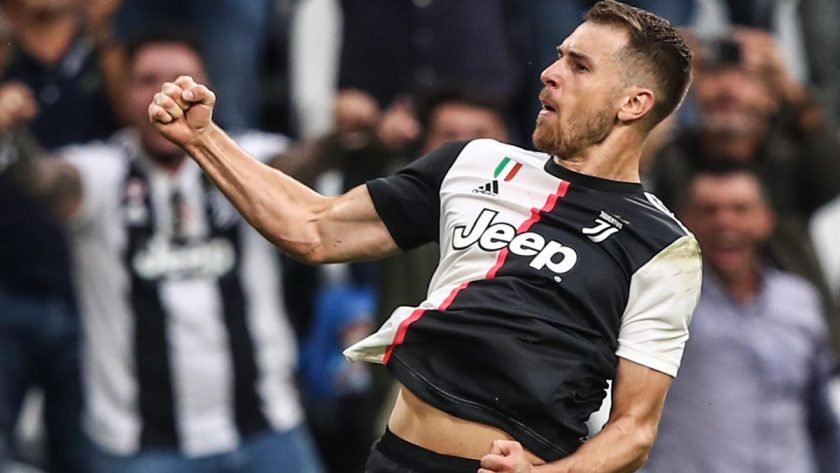 The Wales international, 30, has struggled for regular opportunities at Juventus since arriving from Arsenal in the summer of 2019. He has made just 68 appearances across all competitions for the Turin giants, including only 13 Serie A starts last season.

Despite being a mere bit-part player in the two seasons with Juventus, Aaron Ramsey’s refusal to move on in the summer did come as a surprise. The 30-year-old midfielder has played only twice in the Serie A and once in the Champions League so far this season.

Considering the Welshman’s struggles in Serie A, Juventus are prepared to let him go for nothing in the New Year, alerting the likes of Newcastle United and Everton as well.

Meanwhile, West Ham made a few exciting signings in the last couple of weeks of the summer transfer window. Kurt Zouma, Nikola Vlasic, Alex Kral and Alphonse Areola arrived at the London Stadium while Craig Dawson’s loan move from Watford was made permanent.

After a stellar sixth-place finish last season, the Hammers automatically qualified for the Europa League group stages. David Moyes’ side have started their maiden Europa League campaign with a 2-0 win over Dinamo Zagreb earlier this month.

To compete for another top-six finish, whilst giving a try to go deep into the Europa League knockout rounds, Moyes must bolster his squad further by adding a couple of new players in the January transfer window.

West Ham signed Alex Kral from Spartak Moscow to bolster their central midfield ranks but signing the Czech Republic international is simply not enough, given they potentially face a gruelling 2021/22 season. With Mark Noble set to end his long-term association with the Hammers next year and Declan Rice’s future at the club uncertain amidst interest from some of Premier League’s top clubs, it does make sense for Moyes to go for a midfielder.

In that regard, Aaron Ramsey has the qualities and experience to take West Ham’s midfield unit to another level. A versatile player who can operate in various positions across the midfield, the 30-year-old possesses a fantastic range of passing, great energy and the ability to carve open the opposition defences.

Ramsey, one of the best Welsh football players, is assured in possession and works really hard off the ball, and is the type of player who could give a different dimension to Moyes’ side. The only concern surrounding the ex-Arsenal man would be his injury and fitness problems, but if he can stay fit and bring some consistency levels to his game, the midfielder could turn out to be a smart signing for the east Londoners.

The Wales international would undoubtedly strengthen Moyes’ midfield options as well as bring competition within the squad. Thus, Moyes should do everything possible to sign Ramsey on a potential free transfer from Juventus in the mid-season trading period.