West Ham are monitoring the progress of New York City FC striker Valentin Castellanos ahead of a possible January swoop. 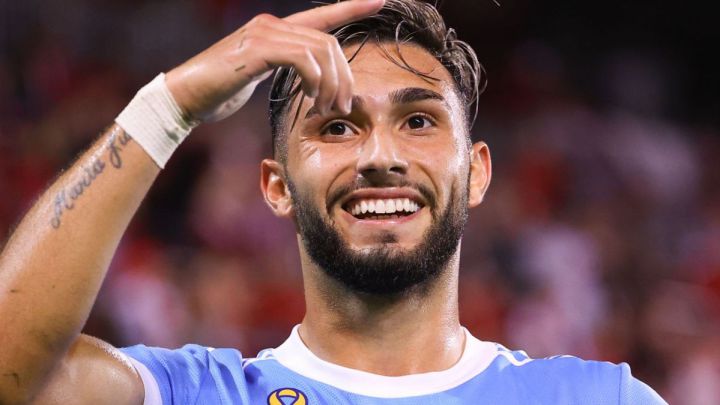 Valentin Castellanos, 23, joined New York City FC—Manchester City’s sister club—initially on loan from Uruguayan side Club Atletico Torque in 2018 before the MLS club turned his deal permanent in early 2019. The forward has made 109 appearances for NYCFC, scoring 42 goals and supplying a further 18 assists.

The Argentinean under-23 international enjoyed a stunning last season, scoring an impressive 23 goals and eight assists in 36 matches and helping New York City FC beat Portland Timbers on penalties to lift the MLS Cup. The striker’s performances during his spell in the USA haven’t gone unnoticed, with West Ham and clubs from Spain and Turkey interested in his signature.

Manchester City boss waxed lyrical about Castellanos and thinks he will play in Europe. Turkish giants have already seen a bid rejected for the Argentinean, who is rated at around £15million.

West Ham must sign a backup to Michail Antonio in January

West Ham have been fantastic so far this season as they sit fourth on the table ahead of their trip to Arsenal on Wednesday evening. After clinching a Europa League berth last term, the Hammers have punched above their weights with players like Jarrod Bowen, Declan Rice, Said Benrahma and a few more taking their game to the next level.

Michail Antonio had enjoyed an excellent start to the new Premier League season with five goals and three assists in five outings. However, since netting the winner against Tottenham in late October, he has drawn blanks in the next seven league games.

The Jamaican international’s frustrating form continued in West Ham’s 0-0 draw with Burnley last weekend, with the centre-forward losing possession a staggering 16 times at Turf Moor. The game against Burnley further highlighted Antonio’s struggles, certainly leaving manager David Moyes in a spot of bother ahead of the busy run of fixtures.

Perhaps, the January transfer window comes at the right time for Moyes to take some burden off Antonio’s shoulders by signing a centre-forward.

Should the Hammers go for Valentin Castellanos?

Valentin Castellanos is the latest player to be linked with West Ham, and for all right reasons. The 23-year-old has impressed in the MLS with his goal-scoring ability over the last two years and is at the right age to make the step up to European football.

Castellanos could be a good addition to the West Ham side. He would add quality and depth to the Hammers’ attack, whilst being an able back-up to Antonio, whose game time needs managing carefully going forward due to his age and poor fitness record. Given his goal-scoring record for New York City FC, the Argentinean could give a different dimension than Antonio to West Ham’s attack.

With the east Londoners firmly in the mix for a top-four finish and advancing to the Europa League Round of 32, sufficient depth in every area of the pitch is an absolute must. Valued at around £15million, West Ham, thus, must not hesitate to go all out for Castellanos in the New Year.