Former La Masia graduate has made it clear that playing for Barcelona is on his wishlist and has sent out a clear message to the Catalan giants that they only need to call the Ajax goalkeeper should they seek his services. 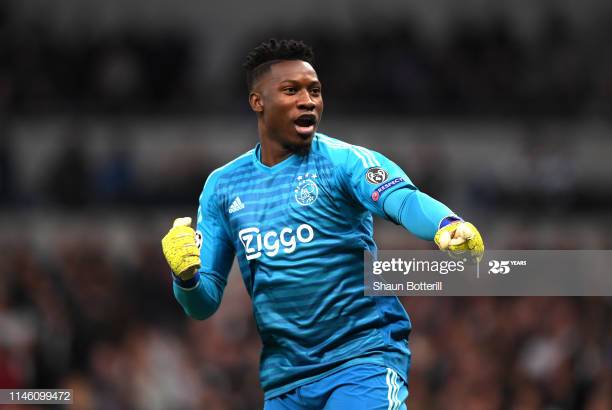 Barcelona first-team goalkeeper Marc Andre Ter Stegen’s struggles this season have been a cause of worry for the former La Liga champions. The German goalkeeper has conceded 19 goals this season with most of them coming in the second half and a few of them down to the lack of defensive stability. Ter Stegen’s poor form over the last couple of years has been well documented with the former Borussia Monchengladbach shot-stopper failing to live up to the reason why he has been rated so highly during his stay at the Camp Nou.

Onana was at the La Masia for five years before he made his move to Jong Ajax. Having said that, the Cameroon goalkeeper has made it clear that Barcelona is his “home”.

“I continue to be in contact with Barça. I have a very, very good relationship since I left. Barça is my home. And there has always been contact”

As it stands, there is no one to match the quality of MATS at Barcelona. Until 205, Claudio Bravo gave the 29-year-old a strong run for his money during his final stages as a Barcelona player, before he moved to Manchester City in 2016. Having said that, since then, Neto (Bravo’s replacement) has failed to break into the first team, hardly ever featuring for the Catalan side.

In the 196 games that he has featured for Barcelona in the La Liga, MATS has conceded 184 goals and that is an alarming stat. Most of these goals have come on the back of some poor defending but it can be argued that on many occasions the quality of keeping shown by Ter Stegen could have been better.

Onana on a possible Barcelona comeback

“Obviously. It is my home, and I grew up there. If it is Barça, it will be Barça.”

Playing at the Camp Nou once again

The 25-year-old gave nothing away in his interview though.

He did not make any promise or commit to playing for Barcelona in the future as he said that he knew that he would be playing at the Camp Nou “one day” but wasn’t sure that if it would be “for or against Barca”.

“I know that one day I will play at the Camp Nou,”

“But I’m not sure if it will be for or against Barça.”

With Barcelona currently stuck in the middle of a delicate financial situation, they will probably welcome the idea of signing Andre Onana on a Bosman but it remains to be seen if they manage to beat Inter Milan to his signature. Having said that, Barcelona certainly need their German goalkeeper to step up and allow his defense to play a bit more fearlessly.

Xavi’s game plan is based on Cruyff’s ideology in which the goalkeeper is the first attacker and the striker is the first defender. MATS regaining his form would not only allow his defense with a bit of margin for error but also give a bit more freedom to his backline and midfield.

Do you think Barcelona still consider Ter Stegen as untouchable?