Arsenal are the latest entrant to join the transfer race for Valencia midfielder Carlos Soler. 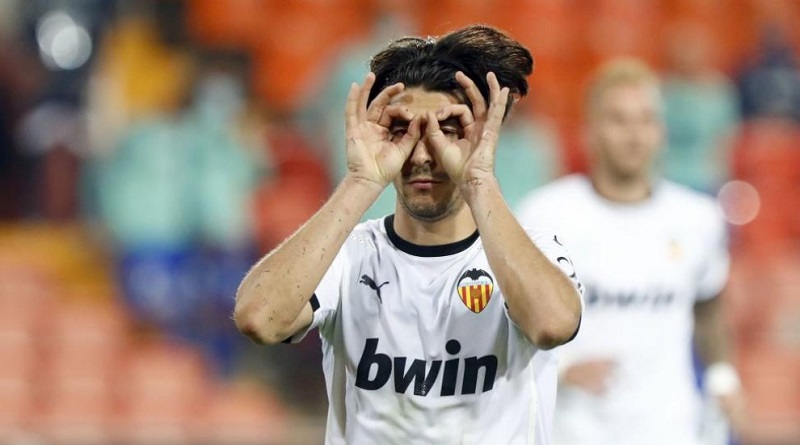 Having come through the youth ranks of Valencia, Carlos Soler, 24, enjoyed his breakthrough campaign back in 2016/17. Since then, the versatile midfielder has become such an important player for Los Che, racking up close to 190 games in all formats, registering 26 goals and as many assists.

The 24-year-old Spaniard enjoyed the best LaLiga season of his career in 2020/21, registering 11 goals and eight assists in 32 games. Soler’s impressive form earned him a call up to the Spanish national team for the World Cup Qualifiers against Sweden, Georgia and Kosovo over the recent international break, where he netted away in a 2-1 loss to Sweden and three days later scored again in a 4–0 win over Georgia.

The midfielder loves Valencia and is ready to commit his future at the club. Soler, who has a contract until 2023 with an eye-watering €150 million release clause inserted in it, is also admired by Liverpool manager Jurgen Klopp as he eyes a long-term replacement for the departed Georginio Wijnaldum.

Arsenal’s lack of quality and depth in midfield

Arsenal saw midfielders such as Mateo Guendouzi, Lucas Torreira and Joe Willock leave the Emirates Stadium during the summer transfer window while Dani Ceballos returned to Real Madrid after the expiry of his loan spell.

This left Mikel Arteta with very few options in the middle of the park, and while he managed to bring in Martin Odegaard again—this time permanently from Real Madrid—and sign young prospect Albert Sambi Lokonga from Anderlecht, the Gunners still have a lot to fix in that area of the pitch.

Thomas Partey had an ordinary debut campaign in the Premier League after signing for Atletico Madrid last summer and is yet to feature this term due to an ankle ligaments problem. Grant Xhaka stayed put at Arsenal after his protracted move to AS Roma eventually collapsed in the summer, while Mohamed Elneny is not up to the standard to start week in, week out for such a prestigious club.

Thus, Arteta requires a player with valuable experience and leadership skills to bolster his options in the middle of the park.

Carlos Soler would be an ideal fit at the Emirates Stadium

Valencia star Carlos Soler could be a smart addition to the Gunners’ squad, as he is a midfielder known for his versatility to play in various positions, create chances, add dynamism and energy to the play while diligently doing his defensive work.

An assured passer of the ball with great tactical awareness, the Spanish international can pick a pass in the final third and use his vision to arrive late in the box to score goals. Soler is also a handy option from dead-ball situations and his addition would give Arsenal a different dimension going forward. The Valencia star has the qualities to adapt to the demands of Premier League football and be a success.

However, given the lack of success the Gunners have had of late and their failure to qualify for the Champions League in recent years, it’ll be an uphill task to convince Soler to move to the Emirates Stadium.