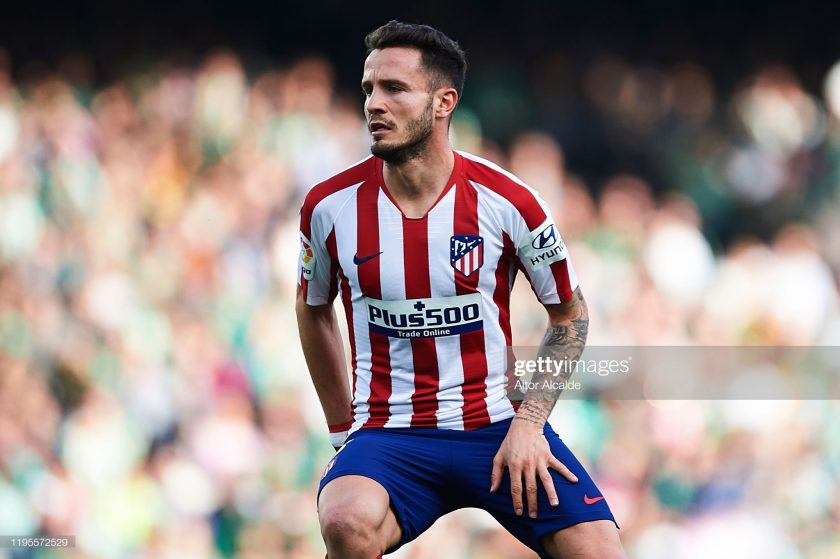 Saul Niguez, 26, is intent on leaving the Estadio Wanda Metropolitano this summer, despite Atletico Madrid’s recent La Liga title triumph. The Spanish midfielder endured the worst campaign at an individual level, starting just 22 of Atletico Madrid’s 38 league games en route to winning their first La Liga title since 2013, with manager Diego Simeone preferring Koke and Marcos Llorente ahead of him in his midfield.

Serie A giants Juventus have made a tentative inquiry over a possible deal, while Bayern Munich and Paris Saint-Germain are also linked with Saul, who is contracted to Atletico until 2026, with a release clause in excess of €100m.

Manchester United, among the admirers of Saul, will look to have a solid summer transfer window to build on their second-place finish in the 2020/21 Premier League campaign. The Red Devils lost the Europa League final to Villarreal on penalty shootouts on Wednesday in Gdansk, Poland, leaving Ole Gunnar Solskjaer still without a trophy as the club’s manager.

However, Manchester United have made steady progress in the Premier League over the last couple of seasons and Ole Gunnar Solskjaer will be keen to strengthen his squad in a bid to catch champions Manchester City next season.

Solskjaer wants to bolster five areas of his squad but he’ll need to prioritise his summer signings, with plans to have a net spend of up to £150 million.

Just like other clubs, Manchester United have been hit financially hard by the Coronavirus pandemic and are planning to spend money thriftily in the summer transfer window. Solskjaer is believed to be keen on recruiting a striker, winger, defensive midfielder, centre-back and right-back, although five new players arriving at Old Trafford this summer looks very unlikely.

Strengthening the central midfield area one of Man United’s priorities

It is not surprising to see Solskjaer interested in reinforcing his central midfield options after a poor ending to the 2020/21 campaign.

Scott McTominay and Fred’s performances in a double-pivot came under a lot of scrutinies in the last few weeks of the season. Solskjaer’s idea to use McTominay and Fred as a shield ahead of his defence may have worked, but their ability to create opportunities from deeper areas in midfield have cost United dearly a lot of times.

At the age of 32, Nemanja Matic is no longer a regular starter for the Reds, while Donny Van de Beek rarely got opportunities in his debut season at Old Trafford. Paul Pogba has just 12 months left on his current United deal, with Juventus keen to re-sign him this summer. If Pogba doesn’t pen a new deal, the Red Devils will be wise to sell the Frenchman if a good offer comes in.

Should the Red Devils make a move for Saul?

With Pogba entering the final year on his contract, Matic ageing and the likes of Fred and McTominay lacking the quality to start regularly for United, Solskjaer has a lot of problems in midfield to address before the new season commences. Interest in Saul, thus, makes sense from United’s perspective.

Saul is an experienced midfielder who has made 337 appearances across all competitions for Atletico Madrid, scoring 43 goals in the process. Since enjoying a breakthrough campaign with Los Rojiblancos in 2014/15, he has gone on to win the Copa del Rey, Europa League and UEFA Super Cup in addition to La Liga.

At 26, he wants to move on from Atletico after nine trophy-laden years, and a move to Manchester United certainly looks viable. The Spanish international will definitely boost United’s midfield, whilst bringing competition within Solskjaer’s squad.

However, it will be interesting to see how much Atletico demand from the Red Devils in exchange for their 26-year-old star midfielder.