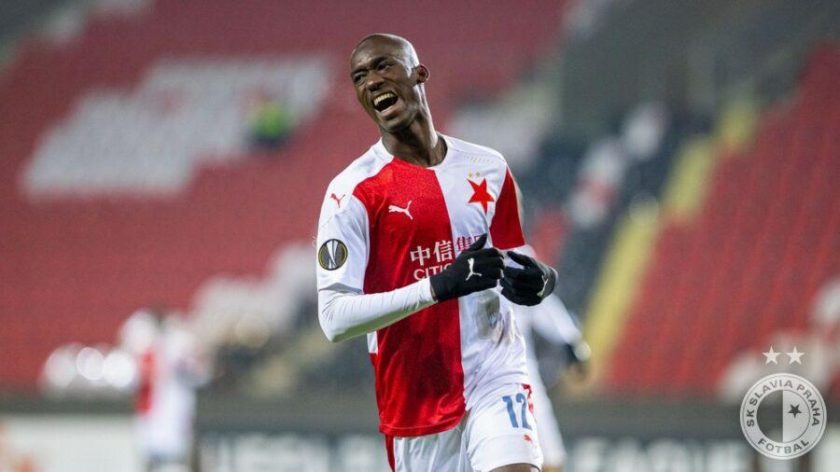 Abdallah Sima, 19, was promoted to the senior Slavia Prague team this season and he has exploded onto the scene with 19 goals and eight assists in 37 games across all competitions. The Senegalese forward impressed in the Europa League too—netting four goals against Leicester City, Hapoel Be’er Sheva and OGC Nice.

He is one of the leading scorers in Jindrich Trpisovsky’s side and his sensational form has also caught the attention of many top European clubs, including Juventus, Manchester United and Arsenal. Crystal Palace are also believed to be interested in Sima, who is valued at £50million.

West Ham appear to have fallen in love with the idea of recruiting Slavia Prague players following their interest in Sima. The east London outfit brought in midfielder Tomas Soucek and right-back Vladimir Coufal from Slavia during the summer, and both players have played key roles in their excellent campaign under manager David Moyes.

West Ham on the lookout for attacking reinforcements

West Ham’s priority in the summer transfer window is bringing in a striker to replace the departed Sebastien Haller, who left the London Stadium for Ajax during the January window.

Michail Antonio is the only recognised, senior centre-forward who has done very well this season. However, Antonio is injury prone and David Moyes certainly cannot afford to go into the new campaign without sufficient cover.

The loan signing of Jesse Lingard from Manchester United in January gave the Hammers the creative spark and zest they had lacked in attack many times in the first half of the campaign. While Moyes wants to sign Lingard permanently following the midfielder’s superb contributions, it remains to be seen whether or not Manchester United are ready to sell the England international this summer.

Should the Hammers go all out for Abdallah Sima?

Moyes will be delighted with how his team has performed, especially after beating relegation last term. However, if the Scotsman has to help West Ham go to the next level, he’ll need to bring in quality players. The east London club can certainly do well with some pace and guile down the wide areas of the pitch.

To put things straight, West Ham’s interest in Abdallah Sima makes sense. Sima has enjoyed a fantastic breakthrough campaign with Slavia, destroying defences with his pace, power and physicality. Primarily a right-winger, he can also play on the left and through the middle, and such versatility only adds more value to his name.

At 19 and in just his first season with Slavia, the Senegalese is making waves and showing he’s already ahead of his development schedule. With pace and power in abundance, the young Sima has the raw attributes to quickly acclimatize to the hustle and bustle of the Premier League. That coupled with his versatility to play anywhere across the front three means that the one-cap Senegal international could well be the man to add another dimension to West Ham’s attack next season.

Following huge success in the Czech market with the recruits of Soucek and Coufal, West Ham would be hoping to strike gold for a third time with the capture of Sima.