Southampton are interested in signing Stade de Reims defender Ghislain Konan, who is valued in the region of £5.1m. 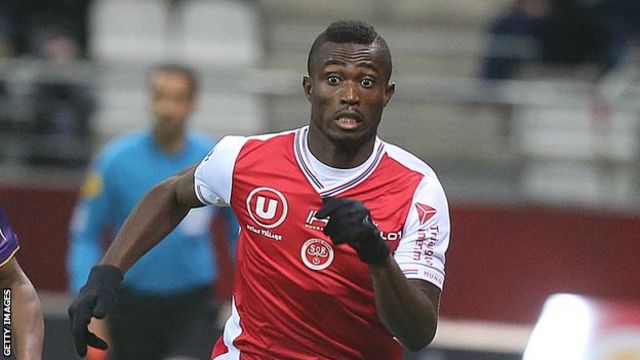 Ghislain Konan, 25, moved to Stade de Reims from Portuguese outfit Vitoria Guimaraes in 2018 and has developed into a reliable defender for the Ligue 1 club. He has impressed with his attacking displays down the left flank this season, registering two goals and an assist in 35 Ligue 1 appearances.

The Ivory Coast international, who has just one year left on his contract at Stade Auguste-Delaune, is believed to be open to a Premier League move. Aston Villa are also understood to be monitoring Konan’s situation, meaning it won’t be easy for Southampton to secure the Stade de Reims left-back’s signature.

Southampton have had an inconsistent Premier League season under the management of Ralph Hasenhuttl. They looked primed to finish in the top six at one stage, but injuries to key players and loss in form mean Ralph Hasenhuttl’s side will have to be content with a place in the bottom half of the table.

The Saints have the second-worst defensive record in the division with 65 goals conceded in 37 games. Their defensive weaknesses have been clearly exposed and Hasenhuttl must prioritise reinforcing his backline before the next campaign commences.

Ryan Bertrand has announced he is set to leave Southampton at the end of the season. He is out of contract in the summer and has rejected a contract extension proposal from the south coast club.

Initially signed on loan from Chelsea in 2014, Southampton decided to make his move permanent a year later following his consistent displays. Since then, Bertrand has been an ever-present figure in the Southampton starting XI and has made more than 250 appearances, registering eight goals and 20 assists.

The 31-year-old left-back is not short of suitors, with Arsenal recently joining Manchester City, Leicester City and AC Milan in a bid to sign him on a potential free transfer this summer.

Ghislain Konan could be a smart signing for the Saints

Bertrand is an experienced Premier League defender and his departure will leave a huge void in the Saints squad. With no real backup to Bertrand, it would be necessary for the Austrian tactician to fill in the void at the earliest.

To put things into perspective, Southampton should be in the market for a new left-back in the summer and Ghislain Konan looks like an excellent option for Hasenhuttl’s side. As the fact of the matter that Konan, who already boasts of decent experience in Ligue 1, is still only 25 means that the left-back perfectly fits the bill at St. Mary’s as an immediate impact player, as well as a long-term solution to the club’s defensive issues.

Although Konan could take some time in integrating himself to the fast-paced nature of Premier League football, the Ivorian, no doubt, has the talent to become an ever-present figure in the Southampton backline for the years to come.

All in all, the Saints beating off competition from Aston Villa to land Konan during the summer transfer window would be a massive steal and an astute piece of business to sort out their full-back issues.