Not even Brazil could overcome the size of Portugal’s dominance against Switzerland in the last 16. 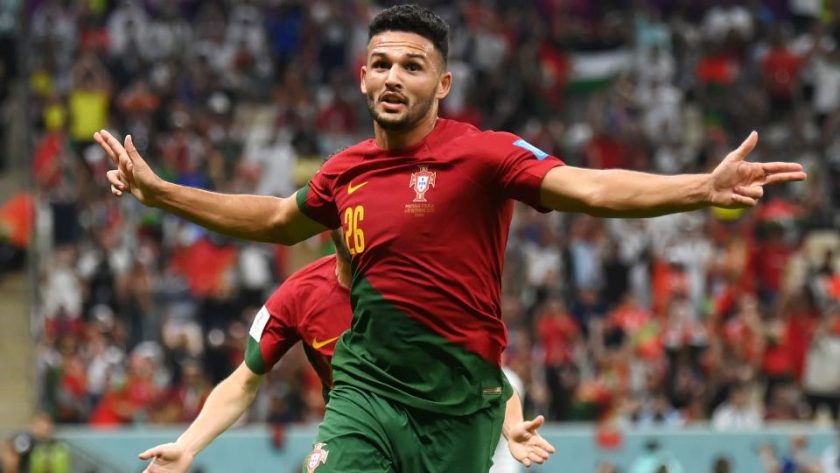 In the last match of the round of 16 of this World Cup, manager Fernando Santos surprised everyone and bet on the young Gonçalo Ramos to lead the attack of Portugal, moving Cristiano Ronaldo to the bench.

The official pre-match broadcast footage showed Cristiano Ronaldo crestfallen at starting on the bench for the first time since 2008 for Portugal, breaking one of the longest streaks in world football.

At intended for official photos, photographers ignored Portugal’s starting line-up and quickly turned their backs to record images of CR7 on the bench due to the impact of this pre-match news.

Meanwhile, Switzerland did not surprise with their starting line-up and once again tried to slow down their opponents’ intensity, trying to execute the strategy that was successful against Serbia and that hampered Brazil in their only 1-0 defeat.

However, the Swiss had huge problems from the first minute and Portugal finally managed a display living up to expectations, considering the quantity and quality of the team’s talents.

From the first goal (scored by Gonçalo Ramos), Bernardo Silva, Bruno Fernandes and a spectacular performance from João Félix led the Portuguese domination against Switzerland.

It is also worth mentioning the great participation of the fullbacks in the goals during the offensive constructions of Portugal, which included a surprising hat trick from the 21-year-old Benfica player.

In the first goal, Joao Felix broke through the line of five opponents with a light touch between the defenders and Gonçalo Ramos spun over the marking, hitting the angle of Sommer.

The second goal of Gonçalo Ramos came when Dalot played a great move on the right, crossing low for the youngster to touch with his left foot in the small area, under the Swiss goalkeeper. Finally, João Félix hit an excellent cross and Gonçalo covered the Sommer goalkeeper with a light touch on the ball.

Cristiano Ronaldo left the bench in the 70th minute and scored an offside goal, but he was not the main character this time, thanks to substitute Gonçalo Ramos. In other words, the new generation of world football is asking to be allowed through.

Portugal’s favouritism to win the World Cup certainly increases after a team’s biggest win in the quarterfinals.