Croatians overcome Canada’s optimism and confirm the strength of the squad; Belgium was dominated by Morocco in poor performance. 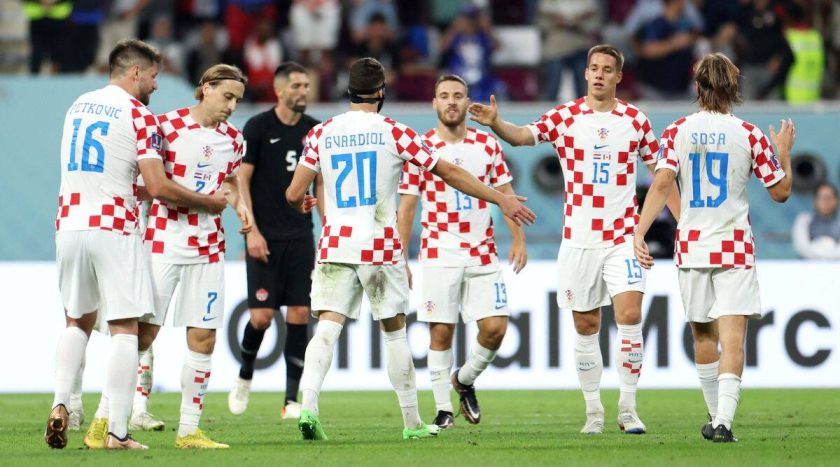 The second team guaranteed for the Round of 16 of the World Cup is Croatia, a team that overcame Canada with a 4-1 victory thanks to an excellent technical performance by one of the best squads in this World Cup.

Needing the victory to avoid early elimination, Canada scored the fastest goal of this World Cup with Alphonso Davies, hitting the header in the small area after a spectacular cross.

In the first minutes, the Canadians closed the lines well in the defensive field and Croatia found problems seeking penetration in the final third.

In the best Canadian moment of the match, the highlight was Tajon Bunchanan, a Club Brugge player who terrified the opposing defense with direct style, being decisive in the precise cross for the top scorer of Bayern Munich. Alphonso Davies and Buchanan took advantage of the 4-4-2 in acceleration and dribbling across the field.

However, Croatia managed to settle in the first half, finding spaces and passing through the last line with greater ease to seek the turnaround with a lot of work in possession of the ball. After Kramaric’s decisive intervention, Livaja secured the lead on the scoreboard in a spectacular play by Mateo Kovacic.

Goalkeeper Borjan made a spectacular save early in the second half and kept Canada alive for a few more minutes, but the lack of quality in the midfield was decisive to open spaces in the penalty area. Josko Gvardiol did not forgive the third goal after a sensational play by Perisic, the main player of the match.

Before the final whistle, Orsic anchored for Lovro Majer to secure the rout, taking advantage of a decisive error by Kamal Miller. Croatia’s thrashing was a reminder to everyone of the technical quality of the current World Cup runners-up.

The first group game ended with yet another surprising result in this World Cup. The Belgium selection once again did not produce, and this time left the field defeated by Morocco.

The Belgians entered the field with changes compared to the first game. Roberto Martínez used a line four with Thorgan Hazard playing in the second line and Onana in midfield.

On the other hand, Morocco repeated the lineup of the debut and repeated the 4-1-4-1 with Amrabat positioned between the lines, with the expectation of another great performance (as happened against Croatia).

With the ball rolling, Belgium used Castagne on the left. With the ball, he positioned himself as the third defender, keeping the 3-4-2-1 formation. Without the ball, Meunier would come back to close the line of four players.

However, the dominance of ball possession by the Belgians did not represent real goal chances. De Bruyne, increasingly a forward on the offensive line, played little part and barely touched the ball.

In the second half, Belgium underperformed and Morocco grew with great organization without the ball and several dangerous shots. For the first time, an African team in the World Cup defeated the Belgians.