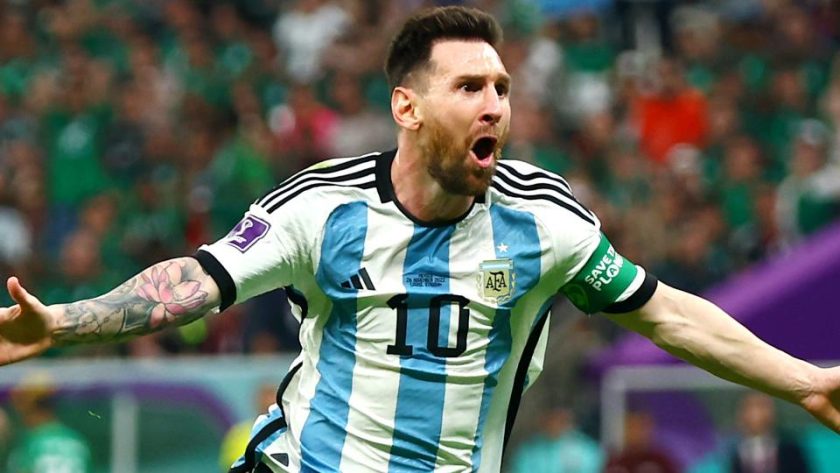 In the most anticipated duel of Group C in this World Cup, Argentina’s national team entered the field against Mexico, needing to reverse the negative environment after the defeat to Saudi Arabia.

After the surprising defeat to Saudi Arabia, coach Lionel Scaloni opted for several changes in the starting lineup. Mac Allister and Acuña were scheduled to recover the dynamics on the left side, looking for more approach on the inside.

Montiel at right-back, Lisandro Martínez replacing Romero at center back and Guido Rodríguez (inheriting Paredes’ spot in midfield) were the other changes to Argentina’s starting lineup.

Mexico also showed changes from the goalless draw against Poland. Tata Martino gave up the centre forward and formed a formation with three defenders, seeking to stop the Argentine actions through the center.

Herrera, Guardado and Chávez left the wings with the width of the field, taking advantage of Argentina’s concentration of players on the inside, to release Vega and Lozano in the transitions with a 5-3-2.

The expectation for several emotions in a practically elimination match for both teams was unfortunately destroyed by a completely emotional, tense first half, with little football.

Mexico positioned itself in the defensive field and handed possession of the ball to the opponent, failing to take advantage of the few opportunities in the transitions. On the other hand, Argentina was unable to exchange passes, showing discomfort and a lot of nervousness.

The players’ facial expressions and behaviour on the field confirm that Argentina entered the field against Mexico emotionally shaken by the 2-1 defeat by Saudi Arabia, reverberating the defeatist in the post-match interviews.

In addition, the number of yellow cards surpassed the number of correct shots (2-1) during the first half. Tactically, the individual inserts in midfield with Guido, MacAllister and DePaul annulated.

The second half was having the same script, with Argentina finding problems in the finals and Lionel Messi constantly missing shots. However, the genius of South American football needed just five seconds to decide.

In a moment of inattention by the Mexican defenders, Di Maria stood up in the half-moon region for Messi to receive freely and hit the first goal, in the corner of goalkeeper Ochoa, to equal the number of goals scored by Diego Maradona in the World Cup.

Before the final whistle, Enzo Fernández scored one of the best goals of this World Cup with immediate impact, right after coming off the bench. With consistent performance after the first goal, the feeling is of rebirth for Argentina to finally tread its path in this world cup with greater tranquility.

In the other clash in Group C, Poland beat Saudi Arabia by 2-0, with considerable difficulties due to the high competitiveness of the Saudis.

Poland used Milik and Lewandowski together to improve the collective functioning of the attack. Bielik was retained to Krychowiak in midfield.

On the other side, Saudi Arabia entered without Al-Faraj and Al-Shahrani after injuries in the opening. Al-Burayk composed the right-back (acting out of the original position).

From the beginning, the Arabs acted at a fast pace to impose difficulties on the Poles. Kanno and Al-Dawsari were the highlights in the first half and Al-Burayk was decisive in building on the wings. However, Zielínski broke the tension and scored Poland’s first goal before the break.

In the second half, Robert Lewandowski decided and gave victory to Poland after a great reading by Szczesny in the goal kick, finding Cash free to accelerate and deliver to the top scorer, scoring his first goal in the World Cup.

Even the merits of the victory must be shared with goalkeeper Szczesny, fundamental in the second half with excellent saves.