England played their best game of the last World Cup, but the quality of the French squad is impressive. 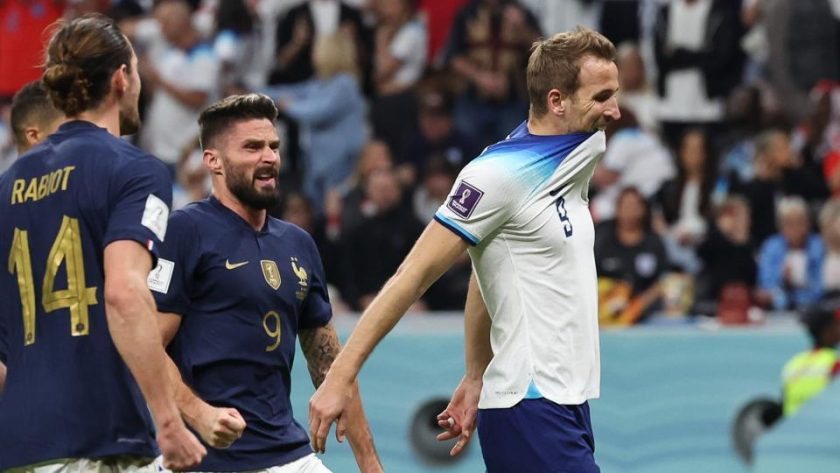 In the best match of this World Cup, England and France fulfilled great expectations and made a memorable duel in the quarterfinals.

France did not make any changes to their starting line-up, but England started with Henderson in the midfield trio. As a result, manager Gareth Southgate did not return to the 3-4-2-1 formation.

In a spectacular start to the match with both teams looking for goal and little movement in midfield, France took full advantage and quickly opened the scoring with Upamecano playing a great part in the goal.

In addition, Walker went up for her first time and Henderson was unsuccessful in staying in the backline to try to stop Mbappé. France’s top scorer received the ball and drew his marker to facilitate.

Mbappé’s movement in the early minutes confused the English defensive system, opening up space inside for other players to finish and creating more dangerous chances.

However, even with the goal conceded, England improved in the remainder of the first half and performed well defensively in protection alongside Mbappé. Playing with a line of four, Walker acted more as a defender.

After a balanced first half, England dominated the second half and France had considerable problems as they conceded several shots and failed to pull off counter-attacks at speed.

Henderson tested Lloris and was stopped by an incredible save from the opposing goalkeeper, but in the next move, Bellingham moved inside and was awarded the penalty inside the penalty area. Bukayo Saka’s support was the best way for England to look for the goal. Harry Kane won the first individual duel and equalised.

France’s tactical planning delivered freedom for Mbappé to circulate without the ball. Still, the risks taken caused the equaliser and England were performing better to seek a turnaround in the score.

However, France once again bounced back thanks to a hugely talented individual squad, which fit with a solid and consistent tactical pattern. This time, Olivier Giroud turned out to be the main French name.

England had a great 30 minutes in the second half, limiting Kylian Mbappé’s actions and attacking with the greater quality compared to the opposition. However, on a lift in the box from a decisive Griezmann, historic goalscorer Olivier Giroud made the move inside the penalty area and struck a spectacular header.

Harry Kane had the chance to level the match after a childish penalty by Théo Hernández, but the dramatic script meant England’s best player shot wide, adding to the dramatic contours of this elimination.

England fought until the last minute, but France held on to claim their place in the semi-finals of an increasingly memorable World Cup.