Croatians were absolutely dominated in 90 minutes by a consistent Argentina. 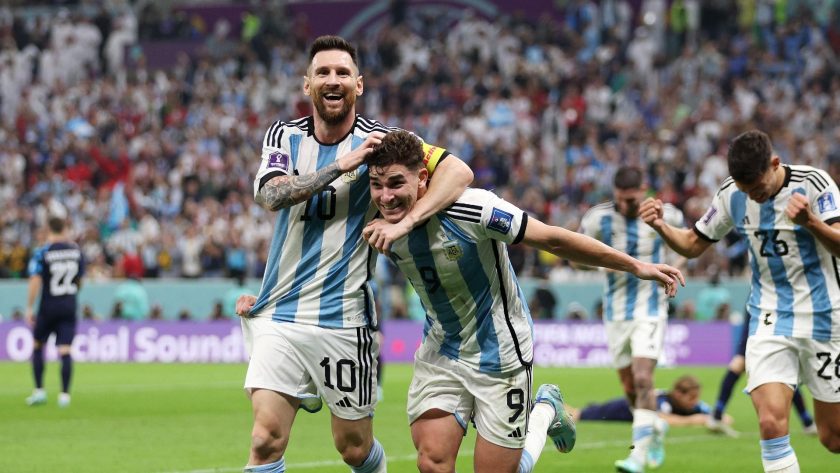 The first major duel in the World Cup semi-finals did not quite live up to expectations. On Tuesday, Argentina and Croatia faced each other for the first spot in next Sunday’s grand finale.

Croatia kept Pasalic on the right and Kramaric as centre forward, repeating the same starting line-up from the 120-minute draw against Brazil in the quarterfinals, securing qualification after victory in the penalty shootout.

At the other end, manager Lionel Scaloni once again introduced new additions to the line-up. Paredes and Enzo Fernandez together showed more adaptation to the opponent in this knockout stage.

Against the Netherlands, Scaloni deployed three defenders to match the Dutch formation system, limiting Dumfries’ movement. With a fuller midfield, the goal was to reduce spaces for the Croatians.

Playing with less possession in the defensive field, Argentina saw Croatia threaten on a few occasions in the penalty area mainly due to Kovacic’s creation, but the Croatian attack was uninspired with no shots on target.

However, Argentina responded very well with two very timely shots. The first time Croatia moved up the goal lines, Julain Alvarez ripped in on the counter attack after a throw-in from Enzo Fernandez and snatched a penalty in Argentina’s favour. Lionel Messi did not waste it.

Still during the first half, in another counter-attacking move, Julian Álvarez crossed the entire field and tore over 52 meters (170 feet, according to TV Globo’s tactical analyzer) to score Argentina’s second goal.

The changes made by Lionel Scaloni to fill out the midfield were key to holding the Croatian attack, also taking advantage of offensive transitions, and unbalancing a balanced game.

Croatia gave up their standard tactical structure to take risks offensively and try an equaliser. This time, however, the changes did not change the game’s prognosis.

Realising that their starting line-up was not performing well, manager Dalic threw everything forward in the second half, but Argentina’s dominance throughout the match was total.

Lionel Messi is already living his best World Cup in history, regardless of the result. The PSG striker has played a leading role in every match and can end his history in the World Cup with an unprecedented title.