Morocco held off Spain’s attacking momentum for 120 minutes to advance to the quarterfinals for the first time. 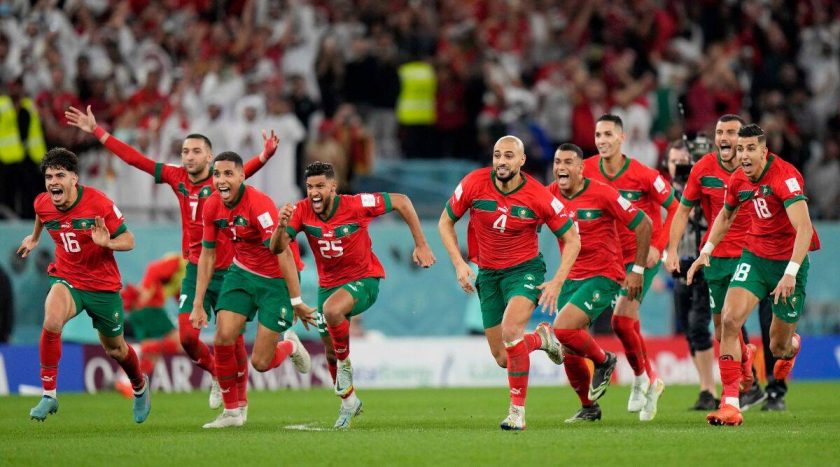 The duel between Morocco and Spain in the round of 16 of the World Cup promoted the greatest chance of a possible surprise at this stage of the tournament due to the competitiveness of the African team.

Morocco advanced to the knockout stage of this World Cup with the best record of the group stage. On the other side, Spain was defeated by Japan and came very close to elimination.

The signs before the start of the round of 16 already indicated that the spectacular performance against Costa Rica was far from the Spanish pattern in terms of the difficulty of turning possession into goals scored.

As expected, Morocco played with compact lines of defence. Em-Nesyri fulfilled his mission of taking the passing line from the defenders to Busquets and was definitely the best player on the field.

Even in goal shooting, Morocco opted to mark from the central circle of midfield, leaving the lines close together and imposing a great challenge to Spain’s style.

Spain’s possession did not flow the way Luis Enrique wanted it to. The alternative found was to force errors in goalkeeper Bono’s exits, making Mazraoui uncomfortable.

Spain’s biggest problem in this lack of execution of the offensive style was collective, but Sergio Busquets had a terrible individual performance with only 34 correct passes in 70 minutes of the match, showing how Morocco hindered the Spanish movement limiting the participation of the builder.

Morocco had excellent defensive organisation throughout the World Cup under manager Walid Regragui, whose takeover in September 2022 created instant identification with the squad. The African side failed to take advantage of the few chances in attacking transitions to avoid a penalty shootout, but the confidence of the players created a contrast to the mistrust and frustration of the Spaniards.

With a missed penalty and two superb saves by goalkeeper Bono, Morocco made sure of their place in the quarter-finals for the first time in their history with flying colours.

One of the best defensive systems in the history of World Cups has a real chance to surprise another European opponent in the semi-finals.

At the start of this article, we pointed out that there was a considerable chance of surprise in this encounter. However, Spain’s elimination against Morocco in this World Cup was not a surprise.