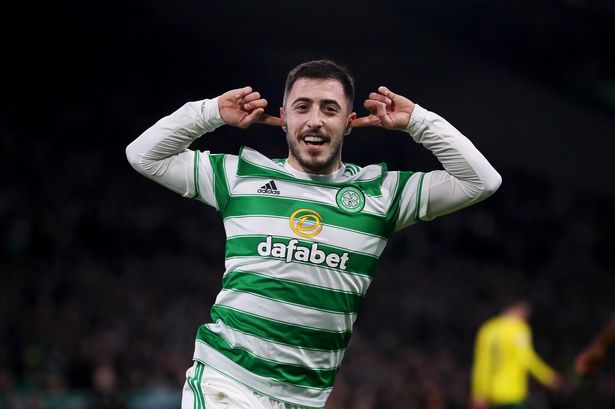 Josip Juranovic, 26, has made an instant impact at Celtic after only joining from Polish side Legia Warsaw last summer, helping the side to the top of the Premiership table. He has become a key player at the back for Ange Postecoglou’s side, chipping in with five goals and two assists in 35 games across all competitions.

The Croatian international’s performances for the Scottish giants have caught Leicester City manager Brendan Rodgers’ attention ahead of the summer transfer window. Juranovic has played at both left-back and right-back for Celtic, which has made many clubs sit back and take notice.

Leicester City have had an indifferent campaign and currently lie 10th in the Premier League standings, 14 points off fourth-place West Ham, albeit with two games in hand. They have been demoted to the UEFA Conference League after failing to get past the Europa League group stages, whilst being knocked out of the FA Cup fourth round by Championship side Nottingham Forest earlier this month.

The Foxes have leaked goals at an alarming rate this term. 37 goals conceded in 20 games doesn’t make good reading for a club that has ambitions to make it to the top four after back-to-back narrow misses. Rodgers’ job is safe for now but he knows his team needs to start winning games before time runs out.

In the wake of his team’s poor defensive displays as well as injuries to some of his key players, the Northern Irishman has seemingly started planning for the summer transfer window. While the central defence is a big worry, Leicester have also faced problems at right-back.

Ricardo Pereira has been unfortunate with two major injuries in the last two years, hindering his stunning progress at the King Power Stadium. James Justin has recently returned from a long injury layoff and is yet to find his rhythm. Timothy Castagne has played decently until now, and while Daniel Amartey can also operate in that position, Rodgers looks keen on recruiting a right-back in the summer’s transfer window.

Should the Foxes go for Josip Juranovic?

Josip Juranovic is enjoying a cracking debut season in the Scottish Premiership with Celtic, impressing with his enterprising displays from full-back positions.

The Croatian international has enough defensive discipline to play in Brendan Rodgers’ Leicester side. And if used as a wing-back in a 3-4-3/3-5-2 system at the King Power Stadium, he possesses the attacking threat to complement the high-flying frontline of Jamie Vardy, Patson Daka and James Maddison. Juranovic could come in at Leicester City to cover and compete with the likes of Justin and Castagne while allowing Ricardo to play in a more advanced position once he recovers from a long-term injury.

However, the Croatian defender is contracted to Celtic Park until 2026, and Hoops shall hold the majority of the cards in any potential transfer deal. Due to his lengthy contract, coupled with his exciting displays, there is no reason to suggest why Juranovic would be sold for cheap if the Foxes come calling for him in the summer.