Leeds United are among the host of clubs interested in a summer swoop for Wolfsburg attacker Josip Brekalo. 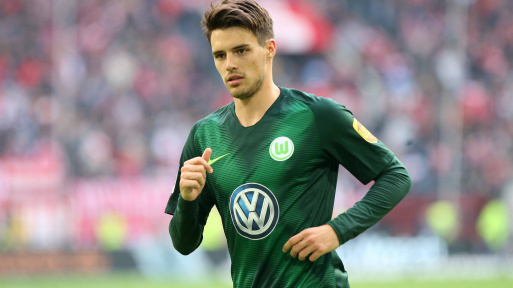 Josip Brekalo, 23, enjoyed a standout season with Wolfsburg, bagging seven goals and assisting three times in 29 Bundesliga appearances. He was rewarded with a call-up to the Croatian national team for Euro 2020 by manager Zlatko Dalic.

It seems as though the 23-year-old winger’s performances for club and country haven’t gone unnoticed, with Bayern Munich and Napoli also linked in May. Recently, a few more clubs such as Inter Milan and Fiorentina have entered the fray, but Atletico Madrid remain in pole position for his signature.

Wolfsburg would sanction a loan-to-buy deal—if the permanent clause is worth £15.5million in June 2022. With a price tag well within the aforementioned clubs’ budget, chances of a transfer battle for his signature in the next few weeks are possible.

Meanwhile, Leeds United manager Marcelo Bielsa is looking to build on a solid Premier League campaign after the club’s return to the top-flight after 16 long years. The Whites secured an admirable ninth-placed finish on the table, catching everyone’s eye with fast, fluid attacking football.

To challenge for European places next season, Bielsa is looking to beef up his squad with some quality additions this summer. Earlier this month, Leeds completed the signing of defender Junior Firpo from Barcelona, who became the club’s third signing of the summer transfer window.

The Whites played some unbelievable football under Marcelo Bielsa last season, ripping apart teams with a certain degree of authority. They scored 62 goals in 38 games, with the likes of Patrick Bamford, Raphinha, Jack Harrison, and Helder Costa linking very well in the final third.

After a solid debut Premier League campaign, Jack Harrison has been signed permanently from Manchester City, and another winger will certainly push Helder Costa towards the Elland Road exit door.

Costa, who was so crucial in the Peacock’s promotion to the top-flight in 2019/2020 with five goals and eight assists in 46 appearances, failed to cement his place in Bielsa’s starting XI last term. And with Brekalo on the radar of the Yorkshire giants, the Portuguese winger could be sold if the club gets a good offer.

Josip Brekalo could be an exciting addition for the Whites

Leeds’ interest in Josip Brekalo doesn’t come as a surprise, due to his technical abilities and versatility to play on either flank. He registered seven goals and three times in 22 league starts for Wolfsburg, an impressive return that could further improve under the watchful eyes of Bielsa at Leeds.

The Croatian international is someone who can hurt teams with great skill and ability in the final third, whilst possessing the composure to finish off chances in the box. As well as his creative edge, the 23-year-old would also offer Bielsa with some quality cover in multiple areas in the attacking third, given his versatility.

Of course, it is not difficult to figure out that Leeds are looking at Brekalo as a long-term investment as a part of their plans moving forward, given his potential and his burgeoning reputation in the Bundesliga. However, the Whites have some stiff competition to beat off to get a deal for the player over the line this summer.