Newcastle United are looking to prise midfielder Conor Gallagher away from Chelsea in this transfer window. 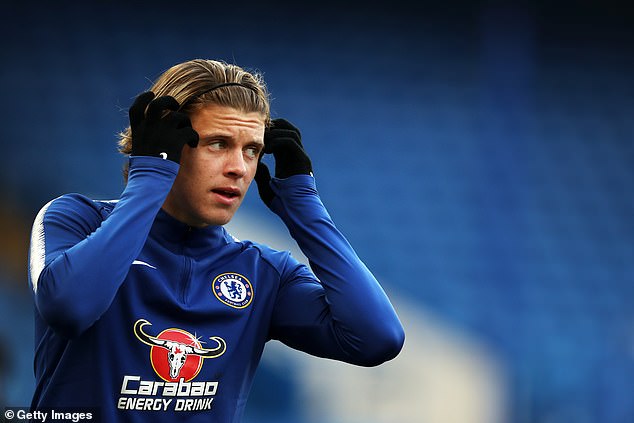 Conor Gallagher, 21, spent the last season on loan at West Brom from Chelsea and was one of the few bright sparks in an otherwise torrid campaign for the Baggies that ended in relegation from the English top-flight. In what was his maiden Premier League campaign, he chipped in with two goals and as many assists in 30 games for West Brom.

The England under-21 international is now back with Chelsea and part of their pre-season training camp, but there may be no space for him in Thomas Tuchel’s already stacked midfield later in the summer. However, it remains to be seen whether the Blues will send Gallagher out on loan for the third season running or agree on a permanent sale this summer.

Meanwhile, Newcastle United did well in the second half of last season that earned them a respectable 12th-placed finish. But to challenge for positions higher up the table in the 2021/22 campaign, Steve Bruce still has plenty of gaps to plug in this transfer window.

Joe Willock closing in on a return to Newcastle

Arsenal midfielder Joe Willock spent the second half of last season on loan with Newcastle United, and it is fair to say he was a smash hit.

Scoring on his debut in a 3-2 win over Southampton, Willock, 21, never looked back and ended the season with eight goals in 14 games. In fact, he netted in seven consecutive matches of his last seven outings to equal Alan Shearer’s long-standing record, playing a crucial role in the Toon Army avoiding the drop.

Now, it is believed that the 21-year-old Englishman has his heart set on a return to Newcastle for another spell. Arsenal are reluctant to lose Willock permanently and have therefore agreed to let him join Steve Bruce’s Magpies on a season-long loan this time around.

The Magpies need more quality and depth in the midfield department

Willock returning to Newcastle United for another spell would massively benefit Bruce’s side. The Arsenal loanee’s goals from midfield proved to be of great help when the strikers were misfiring for Bruce.

However, Newcastle must address the huge holes in the midfield department before the next season commences. Beyond Jonjo Shelvey, Isaac Hayden, Sean Longstaff, Matty Longstaff and potentially Willock, Bruce lacks quality in midfield. Clearly, the Toon boss needs someone who can link the play between the midfield and the attack, whilst chipping in with goals.

Will Conor Gallagher be a good signing for the Toon Army?

Bringing in Conor Gallagher from Chelsea, either on a season-long loan or permanently, would help Newcastle add some much-needed steel and creativity to their midfield.

Gallagher impressed in an average West Brom side, demonstrating he has the talent and skill to play in the highly competitive atmosphere of the Premier League. The experience he gained playing in the Premier League is invaluable that’ll certainly help him in the near future.

A box-to-box midfielder by trade, the Englishman is also capable of playing further up the pitch in a more attacking role or even as an anchorman. He is a talented, inventive, and combative player who never shirks away from completing his defensive responsibilities as well.

All in all, Newcastle thrashing out a deal for Gallagher could pay off handsomely.