Newly-promoted Norwich City are set to launch a £10million bid for Celtic defender Kristoffer Ajer, who is likely to leave Celtic Park this summer. 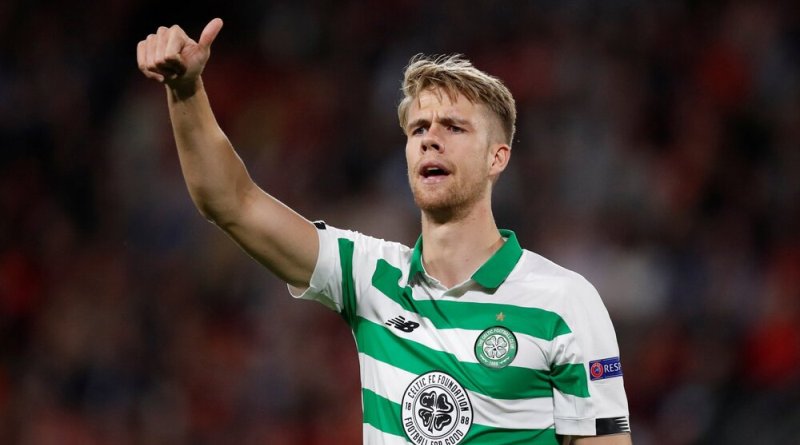 Kristoffer Ajer, 23, is back on international duty with Norway amid interest from a host of Premier League clubs, including Newcastle United and Norwich City. The central defender has won nine major trophies at Celtic, including the quadruple treble, since joining as a teenager from IK Start in 2016.

The Norwegian international’s contract at Parkhead expires in the summer of 2022, meaning his transfer value has taken a hit. However, Ajer could still command a fee in the region of £10million, with Norwich City understood to be stepping up their interest in the centre-back.

Norwich City won the Championship title in the past campaign and returned to the Premier League at the first time of asking. The Canaries’ domination of the Championship season has been well documented with six players named in the PFA Championship team of the year.

Having secured top-flight promotion, Daniel Farke is expected to bolster his squad over the summer transfer window. Farke knows how difficult it is for a newly-promoted club to cope with the demands of Premier League football.

Norwich have to be smart in their recruitment strategy this time around and must prioritise quality over quantity. A new centre-back is one of Daniel Farke’s top priorities this summer and for all right reasons.

Grant Hanley was a consistent presence at the back for the Canaries in the Championship, making 42 appearances. However, Farke must find a reliable player to compete and cover for Grant Hanley and Ben Gibson, who is set to join Burnley permanently after impressing on loan.

The Norfolk club’s defence was all over the place the last time they played Premier League football during the 2019/20 campaign. Keeping that in mind, Farke is wise to make the signing of a central defender one of his top priorities, someone who could come in at Carrow Road and make an instant impact.

Kristoffer Ajer would be a bargain buy at £10million

Thus, it is easy to see why Norwich are interested in signing Kristoffer Ajer from Celtic.

Despite being 23, Ajer has solid experience of playing at the highest level and international pedigree. He has won nine trophies with the Hoops, which highlights his credentials as a player with a winning mentality.

Standing at 6ft 6in tall, the Norwegian international has the required attributes to cope with the hustle and bustle of Premier League football. Ajer not only fits the profile of players Norwich have targeted under Farke but also has the all-round game to come through the door at Carrow Road as an instant upgrade on the likes of Hanley and Gibson.

At 23, Ajer is still some years away from hitting his peak and would be a smart long-term investment for the Norfolk club. All in all, Norwich completing a deal for the Celtic star could go a long way towards bolstering a key area of the pitch for Farke.