Leicester City are confident of beating Leeds United to the signing of Club Brugge forward Charles De Ketelaere this summer. 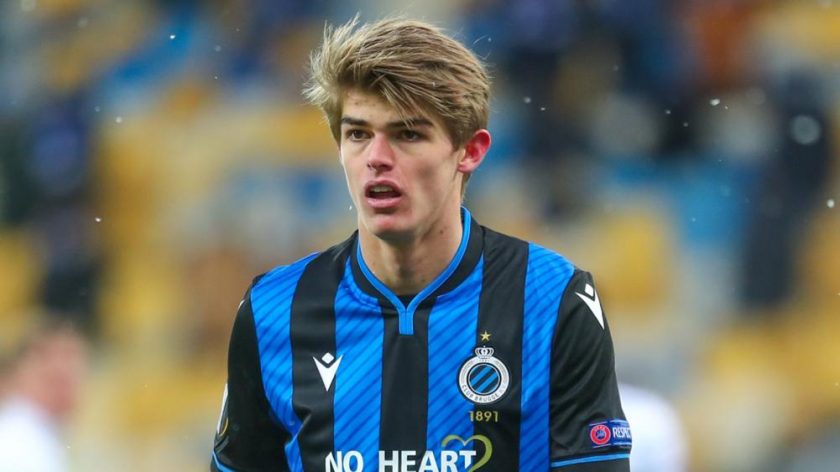 One of the brightest prospects in Belgium, Charles De Ketelaere, 21, played 33 games for Club Brugge last season, registering 14 goals and seven assists on top of that. The Belgian international’s performances have also caught the attention of AC Milan among several European sides, while Leeds United are very much keen too.

Club Brugge are said to be holding out for a fee of around €40million for the 21-year-old, who has been on the radar of Leicester City for months now. The Foxes are reportedly “willing” to pay that figure for De Ketelaere, but could “test the waters” with opening bids of €30m. Nonetheless, they remain confident of beating Leeds United and Serie A champions AC Milan to the youngster’s signature.

There is frustration in some quarters at Leicester City that there are no new additions so far, but it is hoped the club will soon kickstart their business in the summer transfer window.

The Foxes finished eighth on the table last season, missing out on a place in Europe after playing the last two campaigns in the Europa League. Brendan Rodgers knows his side wasn’t consistent at all throughout the campaign, with injuries to key performers playing a big role.

However, Rodgers would be raring to bring in reinforcements through the front door as quickly as possible in a bid to help the club get back in Europe next term.

Is Charles De Ketelaere a good fit for the Foxes?

Jamie Vardy has been one of the Premier League’s best strikers since Leicester City achieved promotion some eight years ago. He is a top poacher and has time and again tormented some of the best defences in the top-flight, which should tell you about his prowess. And he is still going strong, having netted 15 goals in 25 league appearances this past season.

However, at 35, Vardy is not a long-term solution for the Foxes. In Kelechi Iheanacho and Patson Daka, Rodgers has two talented strikers in his squad that can potentially replace the ageing Vardy, but he is apparently keen to bring in another forward this summer, with Charles De Ketelaere heavily linked with a move to the King Power Stadium.

De Ketelaere has shown significant improvement over the past 12-18 months, carving out a reputation for himself as one of the most exciting young attackers in Europe. Noted for his link-up play, vision and high work rate, the 21-year-old’s ability to score as well as create goals for his teammates should offer Rodgers more depth and quality in his options up front.

Putting things into context, Leicester need more consistency from their other attackers to support the likes of Vardy, Daka, Barnes and Maddison in the final third. A move for De Ketelaere, to that end, would make sense. Apart from that, the Belgian’s versatility to operate in multiple positions across the forward line and midfield should make him a valuable asset to Rodgers’ side.

Having said that, the Foxes shouldn’t hesitate to splash the cash on the Club Brugge star this summer.