Osasuna’s Jon Moncayola has fallen on the radar of Arsenal, as manager Mikel Arteta plans to strengthen his squad in the summer. 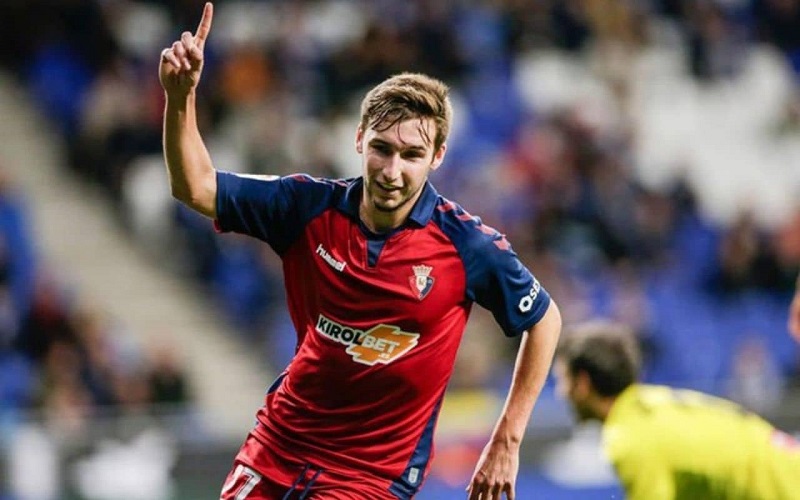 A CA Osasuna youth graduate, Jon Moncayola, 23, made his debut for the senior team in the 2019/20 campaign, and since then he has gone onto rack up 92 appearances in all competitions, scoring four goals and registering three assists. He has impressed this campaign with a goal and three assists in 22 La Liga appearances, as Osasuna lie 12th in the table.

The Spanish under-23 international’s performances in La Liga haven’t gone unnoticed, with Atletico Madrid and Athletic Bilbao also interested in him. But the two La Liga clubs would face competition from Arsenal.

Mikel Arteta is an admirer of Moncayola and has been following his progress with Osasuna for some time now. Although the Spanish midfielder signed a ten-year contract with the Pamplona-based club last year, he has a bargain release clause of just €22million that the Gunners are ready to pay at the end of the season.

Arsenal’s dip in form since January

Arsenal had a forgettable January as they failed to win a single game in any format. They were dumped out of both the FA Cup and the EFL Cup by Nottingham Forest and Liverpool respectively, whilst picking up just a point from two Premier League games.

The Gunners also failed to make any additions to their squad in the mid-season trading period despite being linked with a host of players. In the wake of Mohamed Elneny and Thomas Partey leaving the club for AFCON duties, Mikel Arteta had prioritised signing a central midfielder.

Juventus’ Arthur Melo was seemingly at the top of the Spaniard’s wishlist, but the deal eventually collapsed and Arsenal ended the window without any reinforcements. A lack of transfer activity last month has played a big role in the north London club’s dip in form.

Apart from Partey and Elneny leaving the club to participate at the AFCON, Ainsley Maitland-Niles joined AS Roma on loan until the end of the season. Arteta’s midfield was down to their barebones and Granit Xhaka’s red card in the EFL Cup semi-finals first-leg against Liverpool had piled more misery.

With AS Roma preparing a fresh bid to sign Xhaka after missing out on him in January and Elneny out of contract in June, Arteta’s one of the top priorities going into the 2022/23 season would be bolstering his midfield unit. And he has added Osasuna’s Jon Moncayola to his potential transfer wishlist.

Moncayola has been a consistent performer for Osasuna in the last two years and would add some much-needed steel to the Gunners’ midfield. With his passing ability and interception skills, the 23-year-old looks like he’d be a fine fit at the Emirates Stadium.

At 23, the Spaniard is still relatively young and could fill the void of Xhaka if the Swiss moves on. Moncayola could be a shrewd signing that will give direction to Arteta’s project at Arsenal.