The problem at FC Barcelona in the last 2 to 3 years has been their misfiring backline. The defense’s inconsistency has cost Barcelona dearly and it is there for everyone to see. 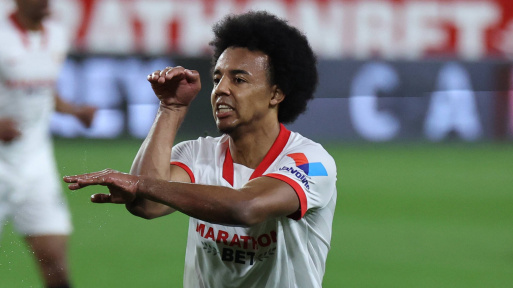 Samuel Umtiti was a force to be reckoned with as the CB of Barcelona but injuries have taken the Frenchman’s career in a totally new direction, post the 2018 FIFA World Cup. Umtiti’s countryman, Clement Lenglet too, has found it difficult to get going at Camp Nou in recent years. Moreover, club legend and veteran, Gerard Pique has been tipped to retire at the end of this season.

In short, it is clear that Barcelona need defensive reinforcements and the Los Cules are expected to invest in that area next summer.

The former La Liga champions have already been linked with Chelsea’s Andres Christensen and Cesar Azpilicueta, with the duo potentially joining Barca on a Bosman next summer. With the idea of signing another top CB, Xavi has identified Jules Kounde.

Jules Kounde is on Barcelona’s radar

The Sevilla defender has seen his stocks rise over the last couple of years and last summer, he was tipped to make a move to Chelsea, with the talks breaking down at the last moment. The Blues have been negotiating with Sevilla for almost a year now and the talks are said to be advanced, between the two parties.

With that said, Sevilla have been firm on their asking fee of €80 million for their star defender and if Barca are to sign him, they will need to facilitate a few departures first, the source understands. The likes of Samuel Umtiti, Clement Lenglet, and Oscar Mingueza have all been linked with a club exit before the start of next term and thus, the Blaugrana could find the funds necessary to sign Kounde, if all those exits are successful.

It is understood that the 23-year-old is a player that Xavi really likes. The Frenchman is someone who is strong physically and understands positional play better than most of the defenders on the market currently.

Barcelona have already been linked with a big-money move for Erling Haaland and the club is confident about signing the Norweigan star, despite their recent financial difficulties. It will be interesting to see if they can manage to sign both, Haaland and Kound in the same transfer window. The total fee involved in landing the duo could well exceed €160 million.

Araujo close to renewing with Barcelona

In what could potentially be a major boost for the Blaugrana, one of their best players this season and by far, their best defender, Ronald Araujo is said to be close to reaching an agreement with the club, as per MD.

The source understands that the Los Cules have made an effort to improve upon their previous offer. It was earlier reported that Araujo had rejected Barca’s first offer purely because he was not satisfied with the financial terms. The Uruguayan defender is one of the lowest earners in the squad with his annual salary not even touching €1 million. The player is said to be looking to be placed on level terms with Pedri and Fati when it comes to the salary part of it.

For the club, the positive is that the player wants to continue and that is why an agreement is soon expected. The deal is likely to be a 5-year one, until 2027.