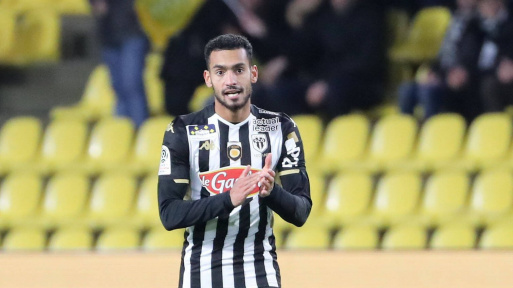 Angelo Fulgini, 24, scored seven goals and supplied three assists in 33 Ligue 1 outings for Angers last season. He had the best season of his career and was undoubtedly Angers’ best player, helping the club finish 13th on the Ligue 1 table.

The Ligue 1 outfit are expecting offers and are ready to cash in this summer should any club match their £12m valuation for the creative midfielder. A bidding war could erupt for Fulgini, who is also on the radar of French and English clubs, including AS Monaco and Newcastle United.

Meanwhile, Crystal Palace are rebuilding their squad under new manager Patrick Vieira. The French tactician has replaced the highly experienced Roy Hodgson at Selhurst Park earlier this summer, signing a three-year deal with the club.

The Eagles have so far brought in Michael Olise, Marc Guehi, Remi Matthews and Joachim Andersen under Patrick Vieira, whilst closing in on the loan signing of Chelsea’s Conor Gallagher. The new Crystal Palace boss wants to trim down the average age of his squad before the new season commences next month, with the likes of Gary Cahill, Mamadou Sakho and Scott Dann released after their contracts ran down.

Crystal Palace needs an injection of creativity in the final third

The Eagles had an underwhelming last season, finishing 14th on the table. Under Roy Hodgson, they played a pragmatic brand of football that worked well in the last four years at Selhurst Park. However, Hodgson’s side often struggled to create and score goals and that pattern continued in 2020/21 campaign too, as they managed only 41 goals in 38 games.

Wilfried Zaha and Eberechi Eze were Palace’s main source of creativity and goals. Christian Benteke sparked into life in the business end of the campaign, scoring five goals in his last seven outings to earn a new contract at the club.

But with Eze suffering a serious Achilles injury in training back in May that is likely to rule him out for the start of the new season and Zaha’s future still unsolved, Vieira has to try and sign another creative midfielder after the acquisition of Conor Gallagher on loan from Chelsea.

A potential deal for Angers’ creative midfielder Angelo Fulgini would make a lot of sense, with Palace lacking quality and depth at the heart of the midfield.

James McArthur and Luka Milivojevic have performed really well over the last couple of seasons, both in terms of breaking up the play and chipping in with vital goals. That said, Fulgini’s all-round skill set would make him a solid fit for Vieira’s possession-based system at Selhurst Park. He will add creativity and goals to Vieira’s side, as demonstrated by his numbers for Angers—19 goals and 13 assists in 124 appearances.

At 24, the Ivory-Coast born French schemer still has plenty of time to make significant adjustments to his game to suit the rigours of English football. With that in mind, Palace should prioritise signing Fulgini this summer, as Vieira attempts to extend the south London club’s stay in the top-flight to ten consecutive seasons.