Crystal Palace are one of the few clubs monitoring the situation of Marko Arnautovic, who is set to be a free agent in the summer. 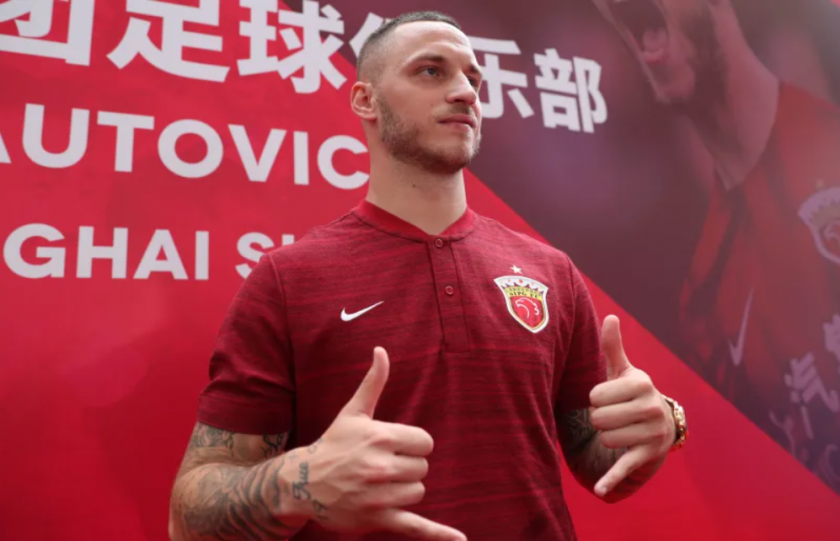 Marko Arnautovic, 32, left West Ham in acrimonious circumstances for China in 2019. He has been plying his trade with Shanghai Port in the Chinese Super League for about two years now. The Austrian international has 19 months left on his deal but Shanghai Port have decided to let the forward leave for free this summer, saving on his bumper contract which is believed to be worth £280,000-a-week.

Crystal Palace will have to compete with West Ham, Everton, AC Milan, Fiorentina and Inter Milan for Marko Arnautovic’s signature. It is understood that Serie A side Bologna have already opened talks for the flashy winger with his brother and agent Danijel.

Crystal Palace could be in for a squad overhaul this summer

Crystal Palace boss Roy Hodgson is out of contract in the summer and he is yet to take a decision over his future. Not only Roy Hodgson but also the Eagles have a number of contracts to address come to the end of the campaign, with the deals of 11 players expiring this summer.

Given the situation Crystal Palace find themselves in, the club looks likely in for a major squad overhaul. The south Londoners will experience a turnover in their squad during the upcoming transfer window with close to a dozen players out of contract. Mamadou Sakho, Patrick van Aanholt and James McCarthy are expected to leave, while Michy Batshuayi will return to Chelsea after his loan spell.

The south London club’s chiefs need to spend shrewdly this summer as they look to rebuild the squad for the next few seasons, at least.

Should Hodgson extend his stay at Selhurst Park, he would like to bring in attacking reinforcements. And rightly so; Palace have scored just 35 goals in 34 games, averaging over just one goal per game. Wilfried Zaha is currently their top scorer with 10 goals, while Christian Benteke has netted seven in 27 games.

Jordan Ayew, who started the season strongly, has gone off the boil. Michy Batshuayi hasn’t done much to cement his place in Hodgson’s starting XI and will return back to Chelsea once his loan expires. It is worth noting that the Eagles have relied way too heavily on Zaha to deliver the goods in recent years, but that must change next season if the club are to challenge for a top-half finish next term.

Thus, it’s a no-brainer that Palace need to sign a new forward in the summer transfer window to improve on their lackluster goal returns in the Premier League. To that end, signing Marko Arnautovic on a potential free transfer could go some way in solving the Eagles’ goalscoring conundrum.

Arnautovic has proven his quality before in the Premier League, as he registered 48 goals across 210 appearances for Stoke City and West Ham. The 32-year-old is a versatile attacker who can play in various positions across the front three, and such flexibility could be of great help for Palace. The Austrian can potentially combine well with the likes of Zaha, Eze and Townsend next season, whilst adding depth to the Palace squad.

With that in mind, the Eagles must complete a swoop for Arnautovic, who at 32 can at least give quality two years at the highest level.