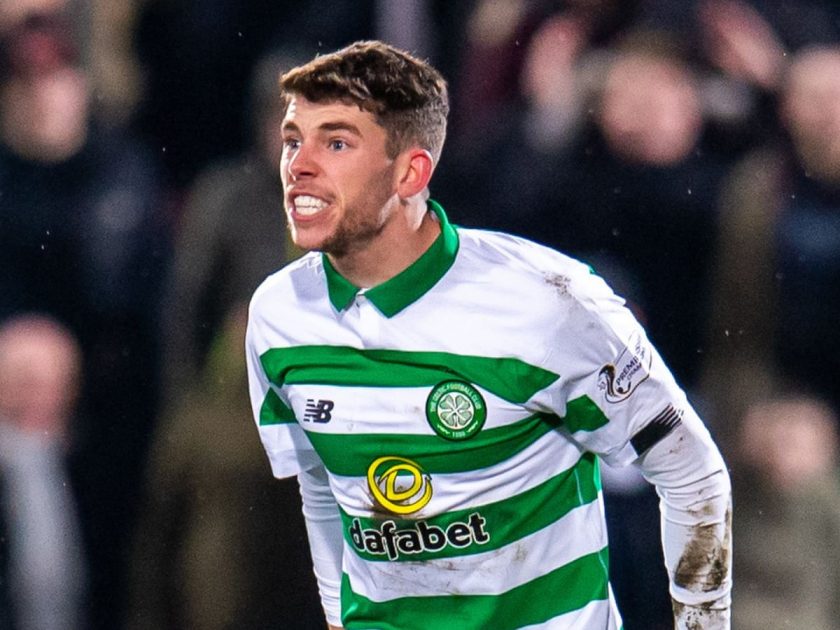 Patrick Vieira, 45, has succeeded Roy Hodgson in the Crystal Palace hotseat, signing a three-year deal that will keep him at the job at Selhurst Park until the summer of 2024. The French manager appears to have his sight set on Celtic star Ryan Christie.

Ryan Christie, 26, has just six months to run on his current deal at Celtic and is available for a cut-price deal this summer. He didn’t enjoy a great 2020/21 campaign with the Hoops, despite racking up four goals and 10 assists in 29 league appearances.

OGC Nice are long-term admirers and remain interested in signing the 26-year-old, who was part of Scotland’s Euro 2020 squad. Vieira, meanwhile, has made Christie a priority having been impressed by the playmaker’s performances in the Europa League against Rennes back in 2019, where he scored both home and away.

Although Christie is halfway through the final year of his deal at Parkhead, Celtic are in no rush to offload their star as new manager Ange Postecoglou wants him in the squad for their Champions League qualifying clash against FC Midtjylland.

Under Vieira, the Eagles will aim to build on the stability of the Roy Hodgson era. Crystal Palace finished an underwhelming 14th on the Premier League table last campaign, collecting only 44 points.

The south London club have a total of 11 players out of contract after their deals expired at the end of June. In what is a massive rebuilding job at Selhurst Park, Vieira also has some big decisions to make on the out-of-contract players, whose futures are all up in the air at the moment.

Having netted only 41 goals in the 2020/21 Premier League campaign, the Eagles will surely need to find an answer to their goalscoring woes. The main concern for Palace under Hodgson was the inconsistent attacking unit, which failed to deliver on many occasions.

Vieira has to make quality signings as well as improve his squad’s depth if he wants the Eagles to achieve a top-half finish next term. And to do this the south London outfit need to be creating opportunities and scoring goals at a healthy rate.

Christie’s numbers of 40 goals and 41 assists in 142 games for Celtic are impressive. One of the most exciting players in the Scottish Premiership, the Scotsman can play in a multitude of positions across the midfield and attack. He operates best from the No.10 role and this could be of great help to the Eagles, who suffered from a lack of creativity throughout the last season.

Palace have an ageing squad with plenty of players 30 or above, meaning that a deal for Christie could be a good way to freshen up things with some much-needed young blood and energy. He struggled to put in consistent displays at Celtic this past campaign but there have been obvious signs to suggest that the creative midfielder has got the potential to make a name for himself in the English top-flight.

Available for a cut-price deal, the Scottish international could turn out to be a shrewd signing for Vieira’s Palace in a tight, pandemic-hit market.