Real Madrid star Isco has emerged as a transfer target for Everton, who have recently appointed Rafael Benitez as their new manager. 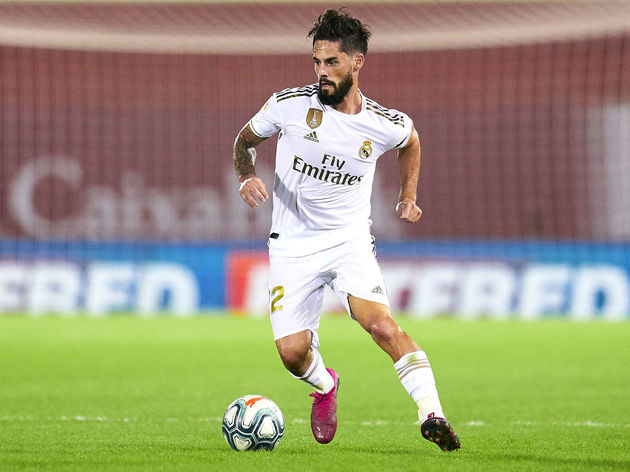 Isco, 29, was one of the several players that found opportunities hard to come by under former Real Madrid boss Zinedine Zidane. The Spanish playmaker has featured sparingly for the Los Blancos over the last couple of seasons. He played just 29 times last season, as Real Madrid finished runners-up in the LaLiga.

With Carlo Ancelotti replacing Zidane at the Spanish club’s helm, it remains to be seen whether or not Isco continues at Santiago Bernabeu beyond this summer. If he is deemed surplus to requirements, Everton manager Rafael Benitez would like to sign the 29-year-old, who has entered the final year of his contract at Madrid.

Sevilla are also interested in Isco but the offer from the Premier League club is believed to be better, with Benitez keen to strengthen the Everton squad over the summer transfer window.

The Toffees, after a bright start under Ancelotti last season, finished 10th on the Premier League table and newly-appointed Benitez will be hoping to challenge for a top-six finish next term. Plausibly and unsurprisingly, there have been mixed reactions to the appointment of the 61-year old Spaniard from both halves of Merseyside.

However, Benitez would love to get the Everton fans as quickly as possible by his side when the 2021/22 season starts. He has drawn the wrath of Everton fans after his infamous ‘small club’ jibe while at Anfield, but that’ll be quickly forgotten if he succeeds at Goodison Park.

Benitez wants to sign a No.10 in the transfer window

One of the areas Benitez is keen to address is the No.10 position, as James Rodriguez’s future at Goodison Park has become uncertain since the departure of Ancelotti.

Also, Benitez and James had a difficult relationship when the Spaniard took charge at Real Madrid back in 2015, with the creative midfielder struggling to find regular game time amidst differences over his fitness.

Should the Colombian international depart, as it looks likely, Benitez will be left with Gylfi Sigurdsson as the only recognised attacking midfielder in his ranks. Thus, the 61-year-old tactician’s idea to bring in a new creative midfielder before the new campaign commences makes complete sense.

Isco could be a smashing signing for the Toffees

Isco was once rated as one of the best players across Europe, but his stock has tumbled over the last couple of years at Real Madrid. Nevertheless, he remains a quality player, someone who would add creativity, guile and goals to the Everton team.

The 38-cap Spanish international is also capable of drifting into a wider role but with Richarlison and Alex Iwobi in the Everton side, he will be tasked with the responsibility of unlocking defences from his favoured No.10 role. The former Malaga man offers a high work rate too and could bring his winning mentality and vast experience at the club level to help the Toffees out.

With the player having entered the final year of his contract at Real Madrid, Everton could sign the playmaker in a cut-price deal this summer. All in all, Isco’s arrival can certainly aid Benitez’s side in their quest for a top-six finish and potentially a European spot.