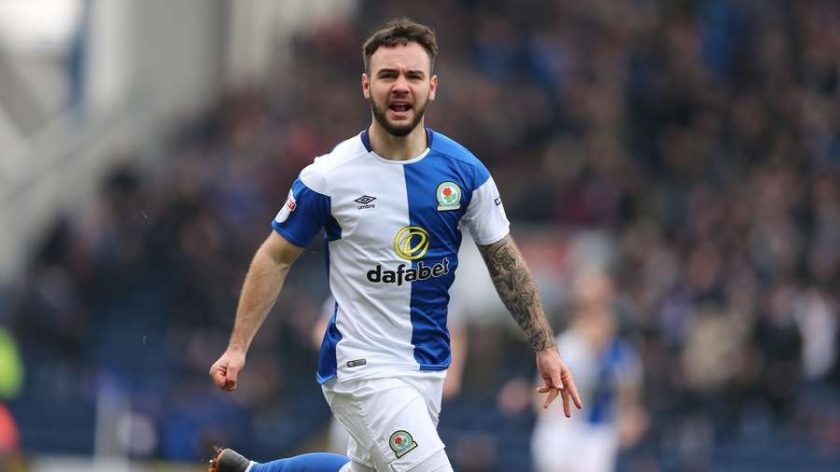 The Eagles have seen an initial offer for the 24-year-old Englishman rejected but remain very much keen to complete a deal. Blackburn Rovers want £20m for Adam Armstrong, who was sensational in the Championship last season and scored 29 goals—the tally bettered only in the Championship by Brentford’s Ivan Toney.

The former England under-21 international has just one year left on his contract at Ewood Park. Norwich City, Watford and Southampton have all made offers for the striker but Armstrong’s preference is to join Crystal Palace, who are currently in advanced talks with the Championship outfit.

Newcastle United, Armstrong’s former employers, have a 40 per cent sell-on after agreeing to sell him for a paltry £1.75m three summers ago.

Meanwhile, new Crystal Palace boss Patrick Vieira, who has replaced Roy Hodgson at Selhurst Park, is already making moves in the transfer market. Vieira, 46, has been trusted with the job of transforming an ageing and rigid side into an exciting, attacking force that plays with pace and flair.

The French manager has been granted funds to strengthen his squad after the club finished a disappointing 14th on the table. He has strengthened his squad’s defensive options with the signings of Marc Guehi and Joachim Andersen from Chelsea and Lyon respectively after seeing Palace royally struggle defensively last season.

The Eagles’ attack also lacked an injection of pace and energy over the course of the 2020/21 campaign. Vieira has tried addressing that problem by bringing in Conor Gallagher on loan from Chelsea and Michael Olise from Reading.

Crystal Palace must bring in a prolific goalscorer

Wilfried Zaha has undoubtedly been the Eagles’ best player for the last 4-5 now. His importance to the south London outfit remains unparalleled the Ivory Coast international working under a young, fresh manager like Vieira wanting to play in a different way than his predecessor Hodgson could see him perform better next term.

The 28-year-old Zaha’s workload was shared by Eberechi Eze to some extent last season. Eze showed promise in his debut Premier League season, bagging four goals and six assists in 34 league appearances. However, the creative midfielder suffered a serious Achilles injury during training in May that is set to keep him out for some time.

Christian Benteke getting back some form at the back end of last season is positive news, but with Vieira planning to end Jean-Philippe Mateta’s loan early, Palace must now prioritise adding a prolific goalscorer to their ranks.

Adam Armstrong was superb in the Championship last season, scoring goals left, right and centre for Blackburn Rovers. His numbers of 56 goals and 20 assists in 186 Championship appearances are decent.

The former England under-21 international has improved as a player in the last couple of years. The 24-year-old is a quick and agile centre-forward but equally adept at operating from either flank. A lethal finisher in front of goal, Armstrong has the potential to be a good Premier League player and would fit in well in Vieira’s system at Palace.

The Englishman has demonstrated his quality in the Championship but the Premier League is a different kettle of fish. Having made sporadic appearances in the Premier League with Newcastle United, he has an idea about the league’s pace and physicality.

All in all, Armstrong could turn out to be a solution to Palace’s goalscoring woes next season.