Everton boss Rafael Benitez is keeping a close eye on Flamengo forward Gabriel Barbosa ahead of a possible move this summer. 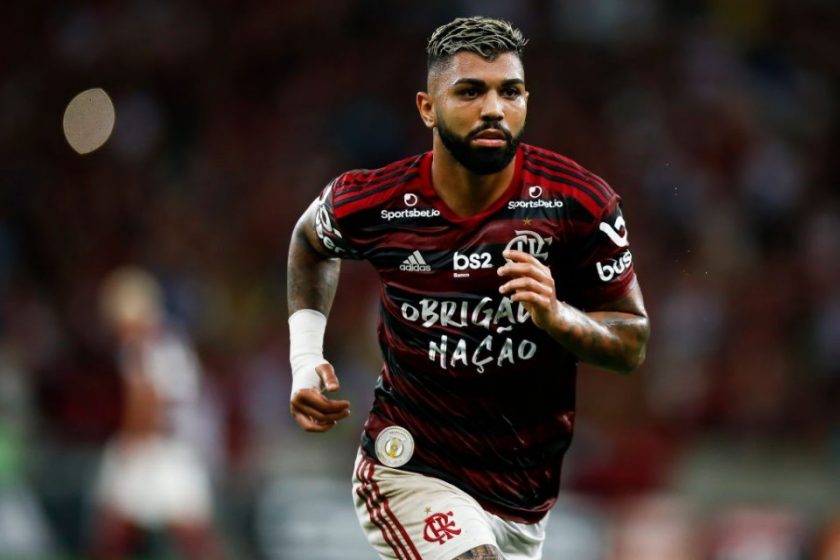 Gabriel Barbosa, 24, was once regarded as one of the top talents in South American football. A graduate of the famed Santos academy, he made his professional debut at the tender age of 16 and made over 200 appearances for the Brazilian club across all formats.

The Brazilian international left Santos for Inter Milan in 2016 but the move didn’t work out well for him. After spending time on loan with Benfica and Santos, Barbosa joined Flamengo on loan in January 2019 before the Brazilian club signed him permanently a year later.

The 24-year-old has resurrected his career with Flamengo, scoring 42 goals in 55 games so far and winning back-to-back Brazilian league titles. Barbosa, nicknamed Gabigol for his remarkable goalscoring numbers, was part of the Brazil squad that reached the 2021 Copa America final.

Gabigol’s exploits in Flamengo colours has seen him catch Everton manager Rafael Benitez’s attention. Benitez, 61, has so far added the likes of Demarai Gray, Andros Townsend and Asmir Begovic to his squad. The Spaniard is yet to make a big-name signing, with the Toffees aiming to challenge for a spot in Europe next season.

Everton must prioritise signing a striker in the transfer window

Dominic Calvert-Lewin was the club’s chief source for goals last season, netting 21 in 39 games in all formats to be crowned the Toffees’ player of the year. His form for Everton over the last couple of years has been great, with the striker now a full England international and was part of Gareth Southgate’s Three Lions squad that reached the Euro 2020 final.

The 24-year-old was supported well by Richarlison up front as the duo caused a lot of problems to opposing defences with their pace, power and physicality in the 2020/21 campaign. However, with Calvert-Lewin currently on holiday after Euro 2020, Richarlison part of the Brazil squad participating in the Olympic Games Tokyo 2020 and Moise Kean’s future unclear at Goodison Park, Benitez must add a potent goalscorer to his attacking ranks.

Should the Toffees make a move for Gabriel Barbosa?

Gabriel Barbosa has excelled at Flamengo over the last two years, scoring goals left, right and centre in the Brazilian Serie A. He seems to have revived his career and certainly deserves another shot to prove himself in Europe.

The Brazilian fits the bill perfectly at Everton, who currently lack quality depth up front. The 24-year-old is a centre-forward by trade but has shown qualities of performing well in various attacking positions. A versatile, creative and pacey player like him could develop under the watchful eyes of Benitez and become a key player at Goodison Park.

Gabigol is adept at creating chances for his teammates and scoring goals. His pace and dribbling skills would make the Toffees even more threatening on the break, whilst providing Benitez’s squad with the cutting edge in opening up tight defences in the league.

Under an experienced and shrewd tactician like Benitez, the former Santos man can go on to establish himself at a higher level and fulfil his true potential. Therefore, Everton must go all out to secure Barbosa’s services before other teams start circling around him.