According to a report from Football London, Brighton star Yves Bissouma is open to joining Arsenal as manager Mikel Arteta remains keen to add a new midfielder to his squad during the January transfer window. 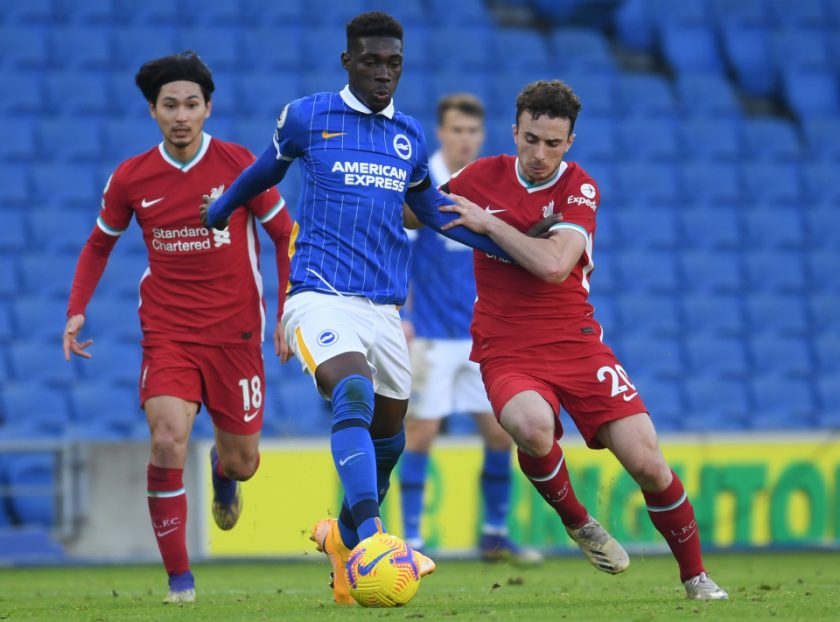 Yves Bissouma, 24, has been one of the very few bright spots in an otherwise disappointing campaign for Brighton so far. The Malian international, who joined the Seagulls from Ligue 1 outfit Lille for a fee in the region of £15m in 2018, has made 16 Premier League appearances this season, scoring a goal.

Arsenal’s lack of bite and guile in midfield

Arsenal are languishing in the bottom half of the Premier League table following a disastrous start to 2020/21 campaign. There have been signs of encouragement over recent weeks, though, having won each of their last four games across all competitions. But this mini-resurgence should not paper over cracks, with bite and creativity still an issue for Mikel Arteta’s side.

Thomas Partey, who was one of the most expensive defensive midfielders, having joined from Atletico Madrid before the start of the season, has endured a disappointing time and is currently sidelined with a thigh problem. Matteo Guendouzi and Lucas Torreira left the Gunners on loan deals in the summer, while the likes of Granit Xhaka, Dani Ceballos and Mohamed Elneny haven’t been consistent at all.

Bukayo Saka has inarguably been the Gunners’ best player this campaign and while the rise of Emile Smith Rowe should excite the fans, Arteta must not put too much pressure to perform as they are still very young. That’s why it makes sense for Arteta to bring in someone who could sit in the double pivot and provide both steel and creativity.

Bissouma would be a smart option for Arsenal

Bissouma initially struggled to hold down a regular starting role for Brighton but has been one of the most consistent performers under Graham Potter since football resumed post-lockdown in June. He has made 73 appearances in all competitions for the Seagulls, scoring three times.

Having established himself as one of the exciting midfielders in the Premier League, the time would be right for the 16-cap Mali international to take a step forward in his career by joining Arsenal. Bissouma has gained good experience in England and certainly has his best years ahead of him. He still has plenty of room for development at 24, thus making him a lucrative target for the Gunners.

The former Lille midfielder could potentially forge a strong partnership with Partey in Arsenal’s engine room. Both Bissouma and Partey are strong, powerful and tenacious tacklers; so Arteta could have a very strong base to protect his backline and build attacks from. Plus, the Brighton star would fill a void that is likely to be left behind by on loan Ceballos, who has admitted of not continuing with the Gunners for a third successive season.

Arsenal, should, therefore seek reinforcements in midfield and go all out to sign Bissouma in this ongoing transfer window.