Leicester City are set to battle it out with Arsenal for the signing of Empoli teenage prodigy Samuele Ricci this summer. 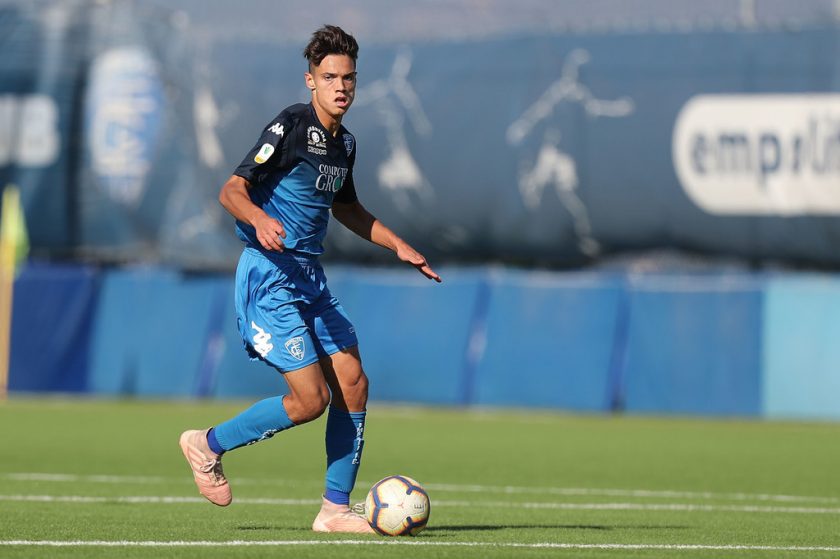 A product of the Empoli youth academy, Samuele Ricci, 19, has made giant strides through the ranks to establish himself in the first team. Since making his senior debut in 2019, the 19-year-old midfielder has made 66 appearances for Empoli.

The Italy U21 international enjoyed an impressive season in the Italian second-tier as he racked up two goals and four assists in 33 Serie B matches, helping Empoli earn promotion to the Serie A. And Ricci’s performances and development over the last couple of seasons has apparently put him on the radars of Leicester City as well as Arsenal, with the Premier League duo having already held talks with the midfielder’s agent, Federico Pastorello.

Empoli are demanding €15million to sell Ricci in the upcoming summer transfer window, which Leicester City are ready to meet to secure the midfielder’s signature.

The final day of the 2020/21 Premier League campaign had mixed emotions for Leicester City as they failed to achieve Champions League football.

The Foxes had to beat Tottenham Hotspur to keep any chances of finishing in the top four on the final day. However, Brendan Rodgers and co. failed the test, losing 4-2 to Tottenham in front of their fans at the King Power Stadium.

The 4-2 defeat to Spurs means Leicester City will play in the Europa League, and this is the second successive season they’ve failed to qualify for the Champions League on the final day of the season.

Brendan Rodgers has done an excellent job since arriving at the King Power Stadium, making the Midlands club perennial top-four contenders. The Northern Irishman led the Foxes to their first-ever FA Cup trophy after beating Chelsea in the final earlier this month.

A lot of progress has been made in the last couple of years but if Leicester City are to break into the top four, they’ll need to make some quality signings this summer. The club’s recruitment over the last few years has been spot on, especially under Rodgers, who has an excellent track record of blooding youngsters in the first-team.

Going by how Rodgers has built a Leicester side with a mix of young guns and seasoned campaigners, it isn’t surprising to see the FA Cup winners are interested in talented Empoli midfielder Samuele Ricci.

Ricci has had a very good season in Serie B, with his talent and potential prompting Leicester City and Arsenal to fight for his signature. Notwithstanding the fact that Ricci is still learning his trade at 19, the Foxes would have a gem on their hands if he goes on to fulfil his promise in the years to come.

Leicester’s interest in the Empoli midfielder clearly underpins their long-term ambitions moving forward under Rodgers. Ricci looks like a talented young player with a lot of potential, and he is certainly worth a punt for Rodgers’ Foxes.