Leicester City won the FA Cup trophy for the first time in history after they beat Chelsea 0-1 at Wembley. 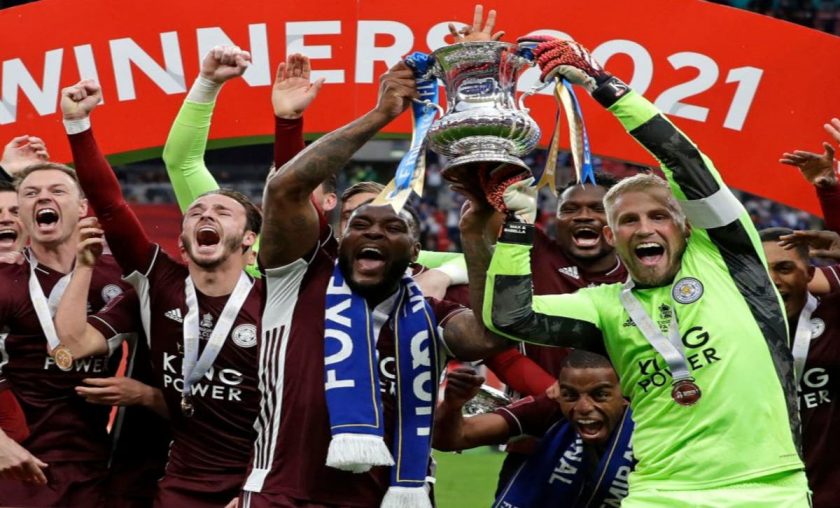 Youri Tielemans made a spectacular right-foot drive from 25 yards in the 63rd minute and scored one of the best goals in the history of the FA Cup.

Former Leicester defender Ben Chilwell scored the goal in the last minutes of the match, but it was ruled out following the intervention of VAR.

Brendan Rodgers was so excited after he managed to win the first trophy with The Foxes: “It’s an amazing feeling. I wasn’t aware before I came to Leicester that they hadn’t won the FA Cup. So to be able to give that to these supporters, plus Top and his family, makes this a special day. It’s a real collective effort at Leicester, from the board, players, staff and supporters. It’s an amazing day for the city. Youri’s goal was like an old-school FA Cup winning goal, but also Kasper’s saves. I thought we were the better team overall. We were super-aggressive and always a threat with the ball. Chelsea are an amazing team but I though we deserved to win. It’s the FA Cup, and as a British coach, it means so much. I’m so proud, but more happy for everyone else. A monumental performance and what a day for everyone involved with Leicester!”

Chelsea will have to focus on the Champions League final, which will take place in Porto, and try to win the first trophy with their new manager Tuchel.