Inter Milan are asking stars for a two-month wage break to save the pennies. 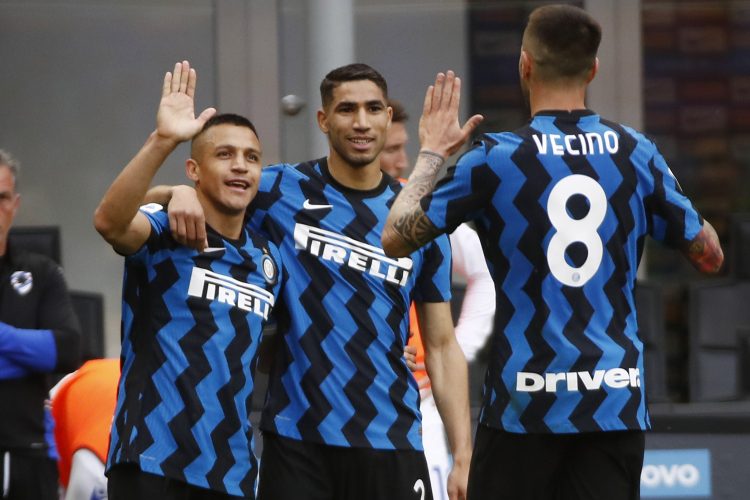 Recent reports suggest that a week after Antonio Conte led his Inter Milan side to a rather historic Serie A title win, players are now being asked to give up two months of their pay packet in order to save the club £22m.

In a year that will be remembered in history, for being one of the toughest seasons yet, a year that saw a global pandemic shock the whole world and the world of sport hard, where finances were hit and where players, for the sake of their safety and the safety of all fans and staff associated with the clubs were forced to play their games without fans present, things do not seem to be getting any easier.

The pandemic meant that the likes of Inter Milan could not celebrate their historic league victory with fans. And to make matters worse players of this newly crowned champion side, are now being asked to part with two months’ worth of their wages, as Inter, like every other club, is falling into a deep financial crisis.

Inter’s runaway lead, and historic title win, was their first in 11 years and ended an astonishing nine-year dominance by Juventus in Italy.

Further reports on thesun.co.uk also state that according to Sky Sport Italia, Inter owner Steven Zhang took matters into his own hands where he was reported to have “held a meeting with the players asking for their cooperation to help with the financial issues.”

It also states that Inter’s CEO Beppe Marotta confirmed that processes are in place to protect the long-term future of the San Siro club and after seeing his club crowned champions after a lengthy wait, he told Sky Sports Italia: “Today is a time of great celebration for everyone, it is right that Conte and the team especially enjoy it. I can clearly say that there are no tensions. But I can confirm that talks with individual players will start next week to discuss with the players the issues of football in general and of Inter in the light of the pandemic that has created so many problems.”

Inter however, are not alone and all clubs are facing the same struggles because of the pandemic. But it is not all doom and gloom though as the club will of course be checking in a nice bonus for their Serie A title win, despite the possibility of having their first two months of their wages be frozen.

Let’s not forget that with the win comes a direct qualification for the Champions League, so surely the money they will receive for this should be enough to cover some, not all, of the costs lost during the coronavirus pandemic. However, I am sure the players would want to do right by their club to ensure it moves on into the future to become even more successful.