Lyon star Houssem Aouar is available between £22m-£25m after the club failed to qualify for the Champions League, putting Arsenal on red alert ahead of the summer transfer window. 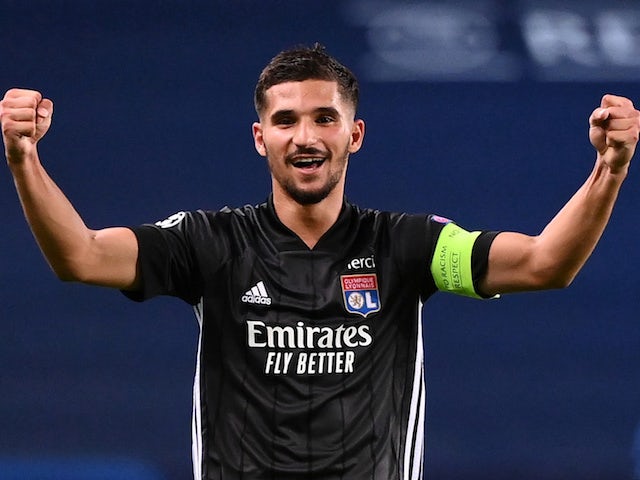 Regarded as one of France’s brightest midfield talents, Houssem Aouar, 22, was a top target for Arsenal boss Mikel Arteta last summer, but the Gunners failed to splash the required £54m to secure his signature. In the end, he stayed put at Lyon, where he enjoyed another solid campaign, registering seven goals and three assists in 30 Ligue 1 appearances.

However, Lyon’s failure to qualify for the Champions League plus financial problems could see them offload a few of their assets this summer. Houssem Aouar could be one of those players, with Mikel Arteta and technical director Edu—admirers of the French midfielder—could revive their interest this summer.

Following a disastrous campaign, Arsenal will not play in Europe for the first time in 25 years. That could turn out to be a blessing in disguise as Arteta will be able to concentrate exclusively on the Premier League and domestic cup competitions.

The Spanish tactician’s aim will be finding a way for the north Londoners to get back into the top four. And for Arsenal to achieve that objective, they’ll need to make some quality signings over the summer transfer window.

One of the Gunners’ main concerns in the recently concluded campaign was their lack of invention from the middle of the park, and they paid the price with multiple points dropped.

Thomas Partey, signed from Atletico Madrid in the summer, failed to live up to the lofty expectations in his debut Premier League season. Granit Xhaka and Mohamed Elneny did well as a pair in certain games but lacked the quality to dominate the opposition more often than not. Dani Ceballos blew hot and cold throughout the campaign, which saw him fail to cement his place in Arteta’s starting XI.

Martin Odegaard moved to the Emirates Stadium on loan from Real Madrid in January and impressed with his creativity, flair and dribbling. He enjoyed plenty of game time in the second half of the season, and along with Bukayo Saka and Emile Smith Rowe added some much-needed impetus to Arsenal’s attack.

However, it’s not yet clear if the Gunners will be able to extend the Norwegian’s stay or sign him permanently from Real Madrid. With Ceballos apparently confirming his departure from Arsenal and Odegaard’s future at Real Madrid up in the air, Arteta must make it a top priority to reinforce his midfield options.

Houssem Aouar would be a terrific signing for Arsenal

To put things into perspective, Arsenal reigniting interest in Houssem Aouar could go a long way towards sorting out problems relating to a lack of creativity in the middle of the park.

Aouar has lived up to his reputation as a fine young midfielder in the Ligue 1 and it certainly won’t be a bad idea for the Gunners to go back in the market for his services, given the fact that the existing midfield unit just hasn’t done enough this past season.

The one-cap France international has made over 170 appearances for Lyon that tells the solid experience he’s gained at the age of just 22. The Lyon star has the versatility to play in different positions across the midfield, which could potentially give Arteta the license to use him as per his tactics and the opposition Arsenal come up against.

Arsenal won’t be in Europe next season, and if they manage to bring in a talent like Aouar, it would have to be viewed as a massive coup.