According to a report from the Guardian, Brighton and Hove Albion are set to beat off strong competition from Manchester United, Everton and a whole host of Premier League clubs for the signature of Independiente del Valle youngster Moises Caicedo. 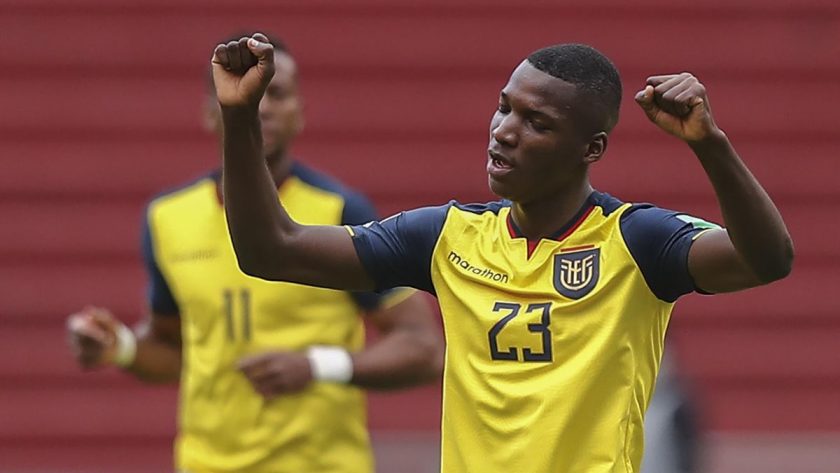 Moises Caicedo, 19, has been heavily linked with Manchester United over the past few weeks, with the midfielder believed to have been scouted by the Mancunian outfit. However, they have decided against signing the teenager, who has also attracted attention from other clubs.

Brighton have enjoyed a good relationship with Independiente del Valle after signing Billy Arce in 2018, with the 22-year-old striker currently on loan at Liga de Quito back in Ecuador.

Born in Santo Domingo, Ecuador, Caicedo, one of the most exciting young South American talents, joined the youth academy of Independiente del Valle at the age of 13 before making it to the first team in 2019. In a very short span of time, the no-nonsense midfielder became a crucial cog of the Independiente del Valle side that won the U20 Libertadores at the start of 2020.

At a tender age of 19, he has already earned four caps for the senior Ecuador national team, making his debut in a 1-0 2022 FIFA World Cup qualification defeat to Argentina in October 2020. In his next game, Caicedo scored the first goal in a 4-2 home win over Uruguay to become the first player born in the 21st century to ever score in CONMEBOL World Cup Qualifying.

Since making his senior debut for Independiente in 2019, Caicedo has made 31 appearances across all competitions, scoring six goals and assisting twice. The midfielder’s series of impressive performances for the Ecuadorian club has rightly attracted a lot of interest from Premier League clubs, but Brighton appear close to getting the deal over the line this month.

Brighton’s Yves Bissouma could be on the move

Brighton midfielder Yves Bissouma reportedly has caught the eye of Manchester United and Liverpool and could be on the move during this January transfer window.

Bissouma, 24, has been one of Brighton’s consistent performers since arriving at the club from Lille back in 2018. The 16-cap Mali international has been a regular fixture for Graham Potter’s side, who are currently 17th in the table. He has made 16 appearances in the Premier League this season, scoring a goal.

Even though the Seagulls haven’t performed well this campaign, the 24-year-old midfield general has continued doing his job well. In fact, Bissouma is a player that makes Brighton tick from midfield, helping Potter’s side play a possession-based, attacking brand of football. Considering his strong performances, it’ll be difficult for Potter and Brighton to keep hold of the Malian international if Manchester United and Liverpool come calling.

Caicedo could be a potential Bissouma replacement

There’s every chance Caicedo could be deemed as a potential replacement for Bissouma. The four-cap Ecuador midfielder, who models his style of play after Paul Pogba and N’Golo Kante, would be a good fit for Potter’s Brighton side. Undoubtedly, signing a player with Caicedo’s attributes and high potential looks like a very shrewd move for the Seagulls, should the deal get completed.